Well, I should’ve written and posted this sooner but I just couldn’t make time to write about it. Ramadhan has been over, but it’s better late than never, right?

Actually this was not not my first Ramadhan and thus not my first fasting experience in the United States. When I first came to the US in 2014, it was during Ramadhan and so I fasted several days before it was Eid-Al-Fitr. But at that time things were different. My schedule was tight and the day was longer since I had the orientation with my Fulbright fellows in Ohio. 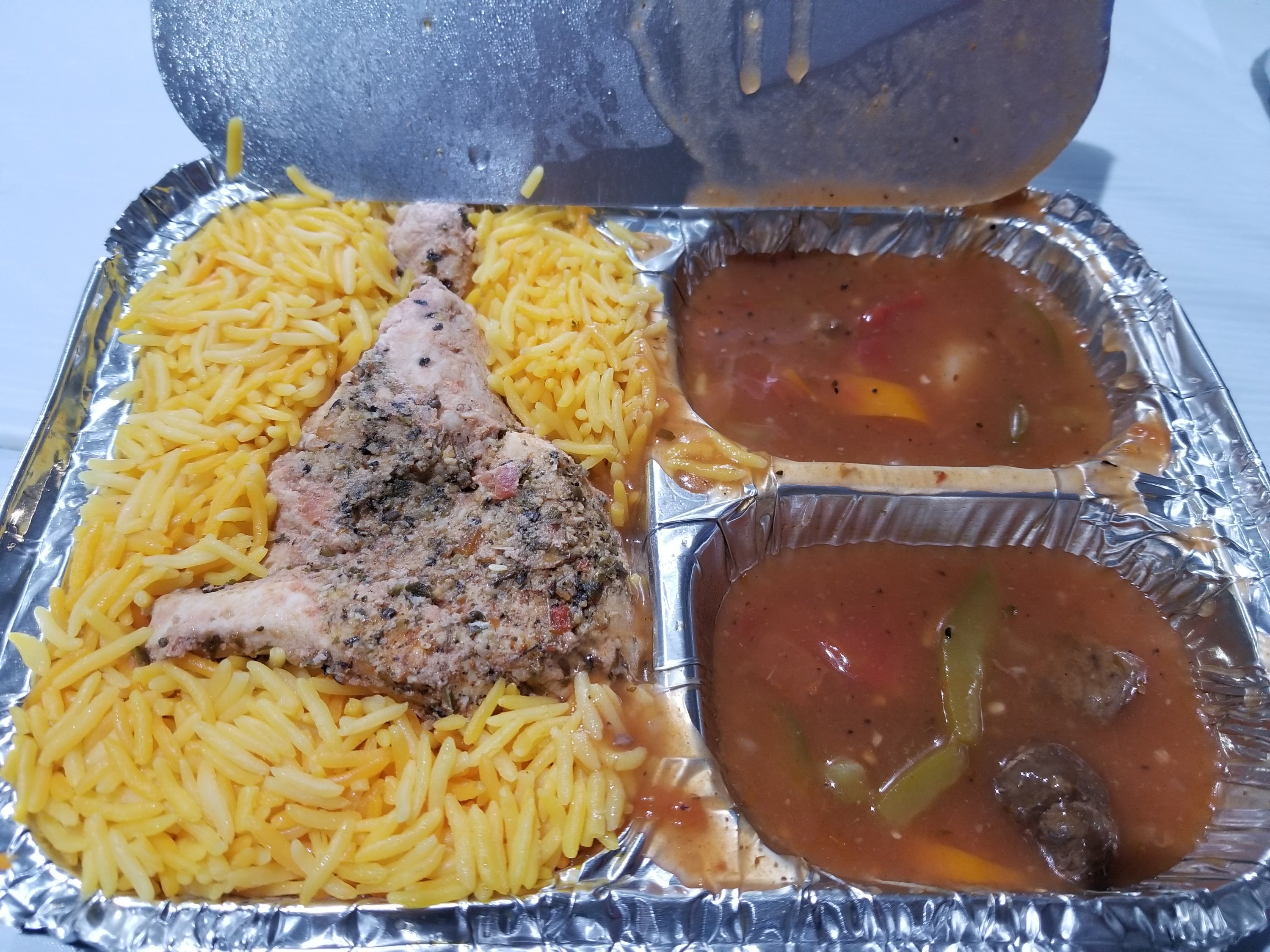 The next Ramadhan in the US was in 2015, when I was already in Tucson. It was hot but it wasn’t as challenging because it was summer break and I didn’t go out that much. Most of the time I only stayed at home and went out at night to perform Tarawih Prayers in Islamic Center of Tucson (ICT). I prepared for both my Suhoor and Iftar meals by myself because I thought it would be too troublesome to have Iftar at ICT. First, I knew nobody; second, I wouldn’t know what to do between Iftar and Tarawih prayers so that year I decided to just have my meals at home and just went to ICT for prayers. 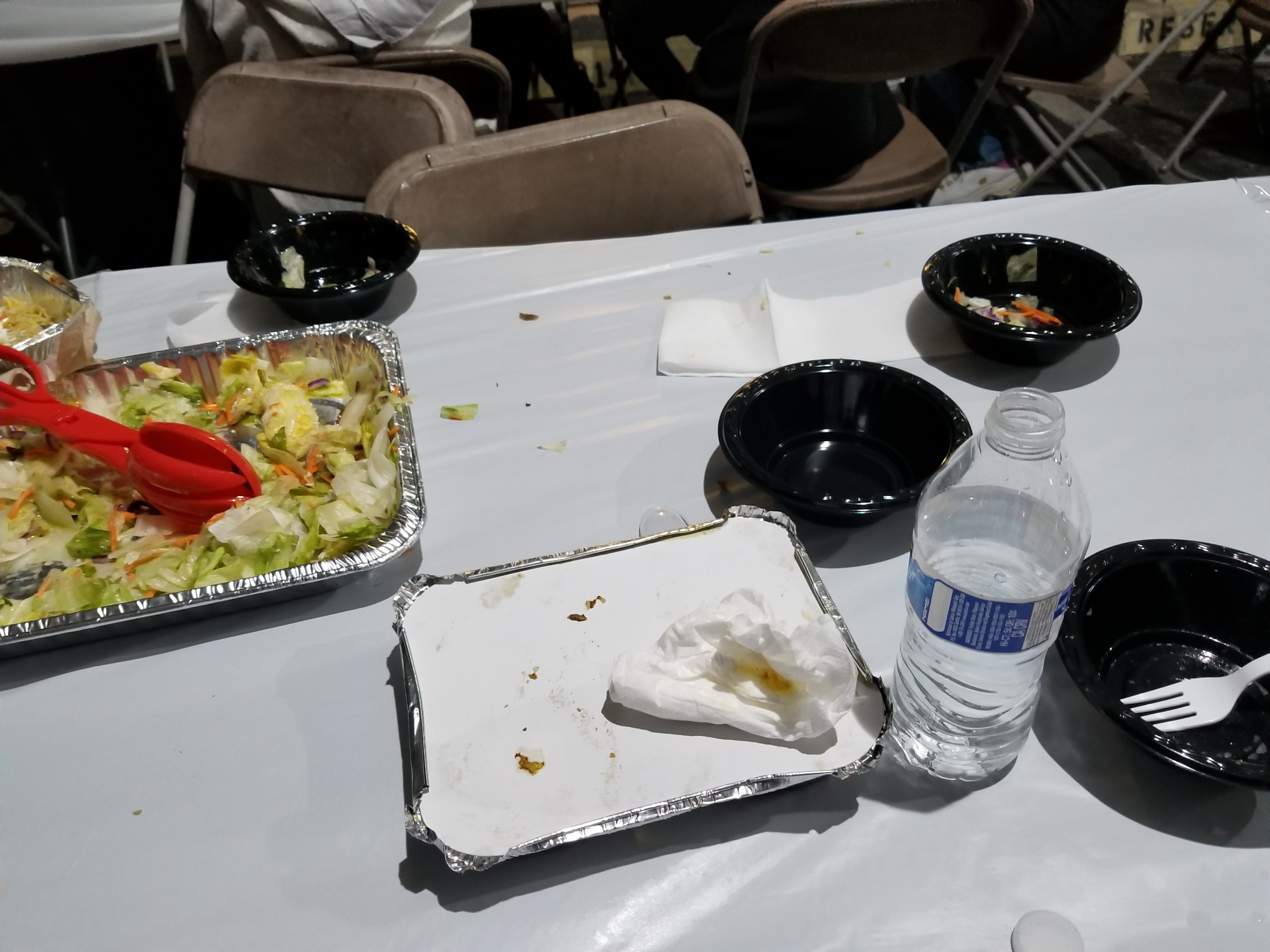 This year was different. Some friends actually went to ICT for iftar so I joined them. It’s free meal. And sometimes I got to bring more meal home for Suhoor. I could save a lot that way. And I was happy. And what did I do between Iftar and Tarawih prayers. Well, it varied. Sometimes I read the Qur’an from my iPad. Sometimes I just chatted with my friends. It wasn’t boring. BUT, the food was!

It was the “same” middle-eastern food that they served. It’s always (raw) vegetables or what they called salad, then rice, meat (either chicken or beef), and sometimes beans. Once in a while we got fruit and ice cream too, which made me happy. I knew beggars cannot be choosers; still, I wish there would be some variations like Indonesian meals, for example. Haha Well, maybe if I volunteered to cook Indonesian meals it could be different. But I wasn’t good enough at cooking in a large scale. My Mom was good at it, but unfortunately not me ☹ Plus, I didn’t know how much it would cost so I probably didn’t have the money. Gosh, why am I always making excuses?! ☹ But hey, I loved the package. It wasn’t really a paper box, it’s something like aluminum foil (but yes, the cover seemed to be a thick paper), but it was easy to cover again and so it was easy to bring back home. I even prepared a plastic bag so it was easier to bring the leftover (if I didn’t finish my food or if I got extra food).

But there were several things that I noticed from this Iftar at ICT. First, apparently, I should arrive early to get myself a seat. Otherwise, it would be difficult to get a seat. And it was hard for me because, I don’t know, I just couldn’t come early. I always came in time, right when the Maghrib prayer was about to start or had just started. Thus, instead of going straight to the back of ICT, where the iftar was, I went straight to where we performed Maghrib prayers. Afterwards, I went to where the iftar was held but it had usually been packed. Like, people had already booked their seats and when they returned from the Maghrib prayers they were gonna go back to their seats even though there wasn’t actually a rule that said so, but which I understood. Sometimes I didn’t get a seat near my friends and so I just picked whichever seat was available, sat, and ate quietly among the people I didn’t know. Sometimes I asked my friend to save a seat for me.

And, well, the food did not always come on time. Sometimes, I really had to wait for quite a while to get the food. Well, beggars cannot be choosers, so I couldn’t really complain. It was free meal after all. But what amazed me was the volunteers. As we were sitting, waiting for the food, and eating (and even praying), there would always be someone going around and asked in a loud voice, “Has anyone got the food?”, “Who hasn’t got the food?”, “Do you have food to share?” (this was when they usually seemed to be short on food availability), or “Does anyone need water?”, etc. They said it both in English and another language, which I assumed to be Arabic but I wasn’t sure since I didn’t speak the language. (It was funny, right? I could read the Qur’an but I could not speak or understand Arabic. LoL).

Then the tarawih prayers. Well, we performed Isya’ prayers first, then we performed Tarawih prayers with 2 salams, then we had short preach (at the late Ramadhan, they started to talk about donations too), and we resumed the tarawih prayers with another two salams, and closed with Witir prayers, 2 salams. The standing was usually long since every night, the imam read one whole chapter of the Quran so that we could finish all the 30 chapters during tarawih prayers in Ramadhan. Gosh, to be honest, sometimes I felt it so long that I got sleepy, feet got tired, and my mind sometimes wandered and could not concentrate well. Yeah, maybe I wasn’t that good as a Muslim ☹ But hey, the female section was usually noisy, so noisy that the imam sometimes reminded them to be quiet. Jeez, I was upset too that they could not stop talking ☹Sometimes they even took somebody’s place. I mean, sometimes we got ready and put our mat or our bag in front of us, right? But sometimes we needed to leave it to go to the restroom to pee or to take ablution. And people just came and took that place. *Sigh It should be whoever came first got the place like how the iftar went, right? Jeez, sometimes I don’t understand them.

But anyway, Ramadhan was over and we celebrated Eid Al-Fitr. This year the Eid Al-Fitr prayer was held in my campus. It was in UA North Ballroom in Student Union. I was happy because it was close to my apartment so I could just walk there. I asked a friend to pick me up actually and they said ok but until the D day I didn’t hear from them again so I just decided to go on foot. There were many people coming for the prayers but not as many as when I was in Indonesia, of course. The line was confusing, too so it was a bit difficult to form a straight line, well, maybe because the place wasn’t designed to perform the prayers so yeah, it wasn’t easy. But what I liked was that all Muslims (whatever their sects were) could get along and prayed together peacefully.

Then as usual, after Eid prayers, we went to Bu Fatimah’s place for an open house. We usually called it “Halal Bihalal” back then in Indonesia. It was when we gathered together, apologizing to and forgiving each other while enjoying the food and did other fun activities. Personally I was really happy because it made me feel like celebrating with my family. We ate Indonesian food. We did karaoke and sang Indonesian songs. We got to meet other Indonesian fellows, Muslims or not; it was a really fun day. Plus, I got to bring back some food home. So I was really happy 😊