Skip to Content
Home Blogs Self-Reflection Open Up, Be Yourself: Is it Difficult to Do on Social Media?
by

This post has been sitting in my draft folder for too long. Actually, I initially posted this as a caption on my Instagram post, but, well, you know, it’s kinda limited how long I could post a caption on Instagram, so I guess I want to elaborate more here. Well, it’s been a while since I posted something like this, I guess? I mean, I’ve been posting only about the dramas, movies, and animes that I’ve watched lately. So I hope this one can give my readers, if any, a break. Yup, this time I want to talk about opening up (about our feelings) and being ourselves.

Well, I kinda understand why people are afraid to open up. And I came to understand why social media can make it worse. First, when we try to open up in social media, we are prone to getting judged by so many people there. And if your account is public, you can even receive judgment from strangers, people you don’t even know, people who don’t even know you in person. And while we can always ignore judgment from these irrelevant people, it’s not always easy to do so. So, there, the fear of getting judged is always there. And it often makes us anxious.

However, from my perspective, the thing about some people not opening up about their feelings is not because they are afraid of looking weak or vulnerable; they’re just scared they’d feel worse; they don’t want to feel worse. Sometimes, it doesn’t matter if people think we’re weak or vulnerable. But when we say we’re sad or feeling down, for instance, we’d expect people to care, we’d want to have at least somebody try to console or comfort us, accept us. And when there’s none, we feel worse; that’s what we’re scared of. That’s what I am scared of. It’s easy to believe that people don’t care, and it makes us feel like we don’t matter, that we are worthless, that our existence is meaningless. Well, of course, we know we do: we matter, we are not worthless, our existence is not meaningless. None of it is useless. Still, when we think people don’t care about us, it does not feel nice.

And, of course, we understand that people have their own struggles too and we don’t want to add to their burden. We know they don’t have to care either. Still, we can’t help feeling worse. And sometimes there are people who might think we’re just seeking attention. We’re scared. We’re anxious. We don’t want to be a bother. Seeing us looking sad or angry might make people feel uncomfortable. But we can’t keep pretending that we’re okay and happy either. So sometimes we try to understand while trying to comfort ourselves. We try to understand when we think we don’t get the “attention” we need. We try to understand when we think people don’t care. Well, we know that sometimes people don’t know how to deal with their own sadness, let alone somebody else’s. So we tell ourselves that it’s not that people don’t care, they just don’t know how to deal with our sadness or anger, and that’s alright. Hence, at the end, we choose to keep it to ourselves and deal with it on our own because it’s hard to open up, because opening up sometimes makes us feel worse. 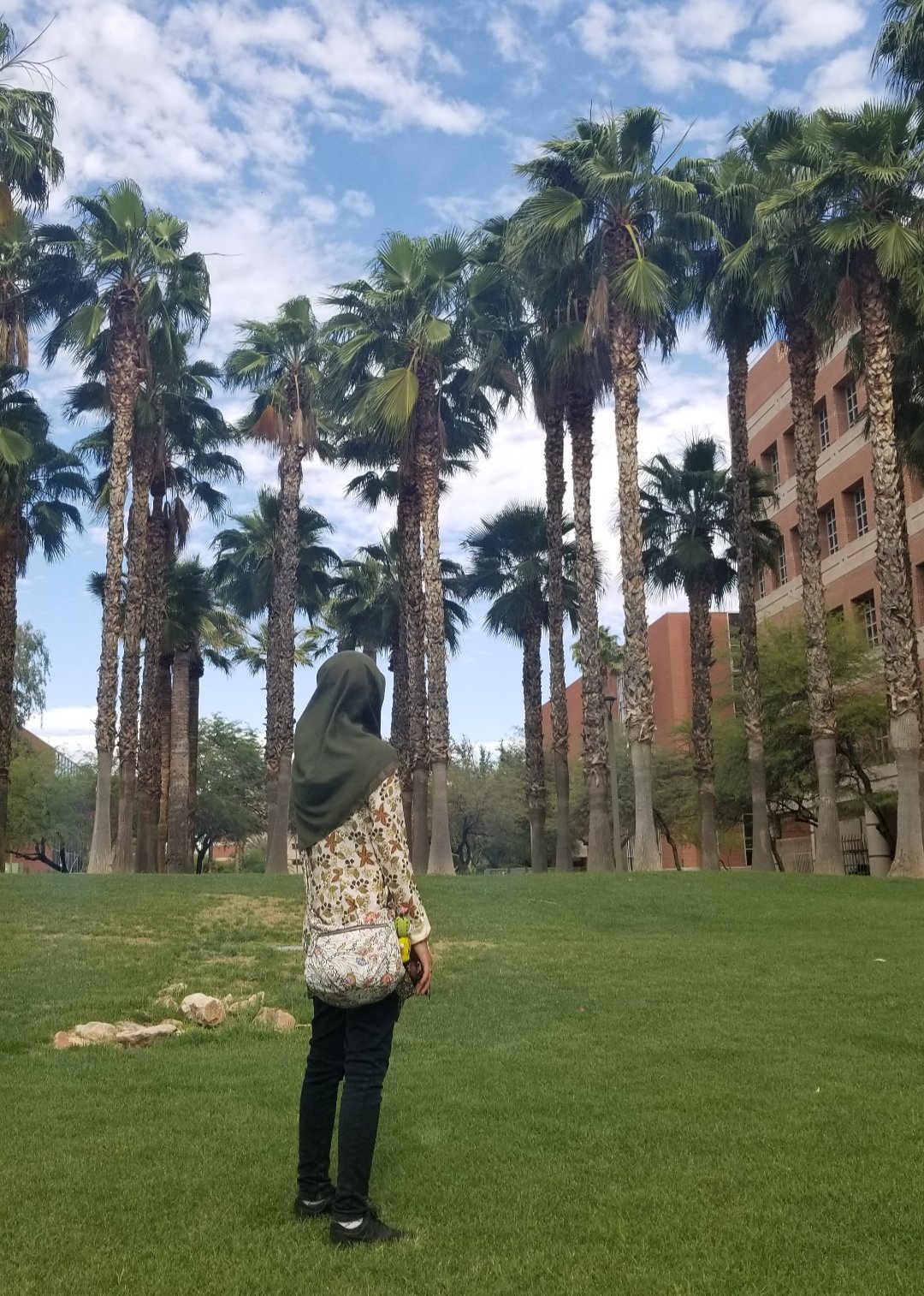 Well, as a social media user, I have at least Instagram, Twitter, and Facebook account. And as you might have guessed, I even have one account that I use specifically only to fangirl. Nobody knows my real name, age, religion, nationality, etc. in my fangirling account. I also keep everything in English and a little Japanese. I keep my private information to myself because I don’t think those kinds of information matter there. I just want to fangirl in peace without judgment and expectation. I mean, I don’t want people who don’t know me in person to avoid me or to feel uneasy interacting with me because I don’t have any ulterior motives at all. In this respect, as a social media user, I encounter many similar accounts, i.e. alternate accounts (?) that people use to fangirl without revealing much of their true identity. Well, many of them use their accounts to rant about their daily life, and tbh, I’m completely fine with it. I actually feel glad that they can have media to express their emotions because, well, suppressing our emotions is not good for our mental health. It can drive us crazy. I personally know someone who went literally crazy. This person was usually quiet, but when they were “crazy” (i.e. mentally ill), they shouted out all the problems they had. They even walked around naked, singing, talking, praying, doing things that they normally didn’t do. They cursed at people who’d made them mad. It seemed that they had suppressed all those kinds of emotions without having somebody to talk to.

So when I see someone ranting in social media, I usually let them be. Well, I know I don’t like people who always complain. But if it’s just for once in a while, I don’t think there is a problem with it. And in social media, especially in my fangirling account, when I think someone is always complaining, it could be very well that those “always” frequencies are actually their “once in a while”s. If I feel disturbed by it, I can just mute and ignore it. If I think I can say something to show them I care and feel better, I’ll do so through replies or DMs. Believe me, some people choose to be mean to people they don’t know online. But having a random stranger being kind and nice to us is a wholesome experience on its own. Hence, I want to be that person who makes people feel they matter.

Well, some people do seem to love policing others, i.e. controlling who to not talk to, deciding what others have to post or may not post, etc. to make them feel better. But I’m not that type of person. If I feel troubled, it’s my problem, not others. I should not limit or restrict others from having the most fun online, especially because I love freedom and I don’t like being restricted myself. But come to think of it, why policing others about what to post? If someone wants to rant, let them be. As long as they don’t harm others, right? It’s possible that social media or their alternate account is the only place they can rant or express their emotions. It could be very well that social media is the only place they can get some comfort. It’s also not impossible that they have no one to talk to in their real life. So why be so harsh and not letting them have that only space and chance to feel better? Again, if you feel disturbed, you can just leave them alone, right? 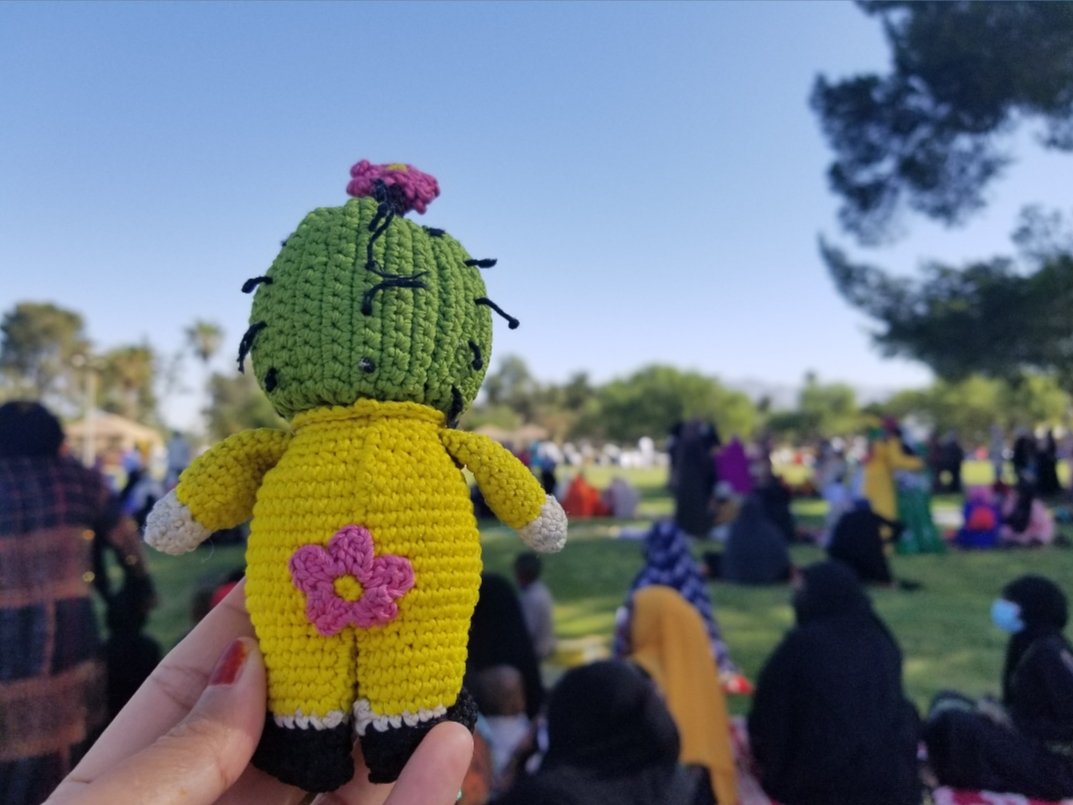 Well, as for me, especially in my real accounts in social media, especially Instagram, I’m not afraid of looking weak or vulnerable. I’ve been trying to show different sides of myself. Some people might look up to me because I’m pursuing a Ph.D. abroad with a scholarship or because I’ve traveled to many places. I want to tell these people that I’m just human. That getting scholarship abroad is just one thing. Pursuing a Ph.D. is just one thing. I love traveling, yes. But I also love doing things that some people might consider lame, childish, uncool, and such. I fangirl. I watch anime. I sing. Etc. I have never hidden it. Again, I just think that, if there’s someone looking up to me, I want them to know that I’m perfectly imperfect and that’s completely fine. They don’t have to be perfect either. And if there’s someone looking down on me because all of those things that are considered lame, that’s fine too, because I’ve got my own accomplishment and I don’t harm anyone while doing those “lame” hobbies so I don’t feel the need to be embarrassed about it. Indeed, I don’t think it’s something to be ashamed of. But, you see, personally, I don’t think having such hobbies is lame in the first place :p

But, well, people seem to see me as a stoic person. Thanks, but, there are also quite a number of days when I feel sad for no particular reason. Well, there’s always a reason, but, I just think it’s ridiculous sometimes. But emotions are not really something to rationalize, right? So I get mad at myself sometimes. But it’s also the time I want to hug myself and tell myself that it’s ok to be sad – and get mad. And it’s those times that I feel more thankful for people who try to understand me and put up with me.

Well, what I’m trying to say is actually this thing about being ourselves. But I understand that even this phrase [i.e. be yourself] is tricky. People tell us to be ourselves but they are usually also the first to complain and judge when we do, say, or show something they don’t like. So I guess when people tell us to be ourselves, it’s not that they’re going to accept our whole self, but it’s just that they want only the part of ourselves that they like or conform to what they want to see. Regardless, just be yourself, be the best version of yourself. If you need to rant, vent, and express various kinds of emotions especially those often perceived as negative like sadness and anger, just do it if that really makes you feel better. Don’t forget to think about whether or not you’re going to regret it, though. Though I encourage you to be honest with your feelings, sometimes we really need to hold back and think. But, well, be yourself. Do what makes you happy. Do what makes you feel better. If someone is hurt, we can apologize and learn from that mistake. So, yes, be yourself. By being ourselves, we can tell who can accept and appreciate us the way we are, and who cannot. By being ourselves, we can know what to do to improve and make ourselves better. By being ourselves, we can learn a lot about what we like and dislike about ourselves. We can learn to accept our flaws while also learning to fix them.

Oh, well, I don’t know what I’ve been rambling here. Maybe it’s not coherent. Maybe there is no cohesion. But, dang, this is not my dissertation. I just want to vent and rant about what’s been on my mind. And who knows someone wants or needs to know…

So, I guess that’s all for this time. See you in the next post 🙂