This time I’ll list some movies with action, mystery, or detective-like themes. Well, I know I love various kinds of stories, so actually, I’m not so particular about a certain theme or genre. However, I often find movies with these themes interesting. I think I love the “thrills” as I try to make my own guesses about the hidden truth that would be revealed at the end. There’s a certain satisfaction when I’m proven to be right. There’s also a certain relief when I am wrong. So maybe I love the “suspense”? I don’t know, but oh, well, for other reviews of Japanese movies and dramas, you can find it here 🙂 For Japanese movies, in general, you can read here. For Japanese dramas, you can read here 🙂

1. Ai Amok
This movie is really really great. I really really really love it. It is definitely a must-watch for those who love AI-themed movies. It’s kinda a combination of AI (Artifical Intelligence)/technology+detective/crime+action+family themes. Plus, you can see Gun-chan (Takanori Iwata from J-Soul Brothers) and Kaku Kento here. This movie keeps me interested from the beginning toward the end. I really love that they can keep me curious and hence I stay watching it without skipping or fast-forwarding.

I think what I love about watching this kind of movie is the fact that I could suspect the real criminal right from the start. But usually I couldn’t quite explain why. Sometimes it’s just a hunch. So I keep watching to see if I’m right or wrong. Or if I’m right, I want to see what reasons they have for it. Is it the same as my reasoning? Is it different? Sometimes it’s quite unexpected, but sometimes it’s quite like “I knew it!” stuff. It’s interesting. I don’t know much bout technology so I can’t really tell the flaws in that. But I am ALWAYS interested in the story, and human characters. You can manipulate anything, but true characters will always show.

Summary: The story about a super advanced AI. However, some villain wanted to take over and thus inserted some kind of virus. It created a mess because many people have been relying on that AI in their daily life. Hence, throughout the movie, they were trying to recover the program and find the real culprit. It was really entrancing. The plot-twists are fascinating too. I highly recommend you watch this movie.

PS: Are you worried bout the advancement of AI, though? Personally, I think AI can’t really replace human because a human has heart and feelings, and that’s too complex. Though so many might have grown to be heartless nowadays… Unfortunately.

2. Blind Witness [Mienai Mokugekisha]
This movie is also great. But before you decide to watch this one, I should warn you that it is quite “grotesque”, i.e. it is literally bloody and you can see mutilation happening in the movie as well. I won’t suggest you watch this movie while having your meal. But storywise, it’s intriguing. Hold on, I don’t know other words to describe how it is. But, like, it piques your curiosity and it keeps you wondering and asking who the true villain might be. And that’s where things are quite thrilling. And by the way, Takasugi Mahiro was here, and he was so cool, so yes, I love this movie!

Summary: This movie is about a serial killer case. A blind woman heard a noise from inside a car. Being a former police student, she suspected that a girl was being kidnapped. She was persistent in investigating the case despite her being blind. She once lost her brother in an accident, and I guess she kinda regretted and felt guilty about it, that’s why her sense of justice prevented her from stopping investigating the case. Thus, she persisted to find the truth. SPOILERS: But how could the culprit get it easy in targetting the victims and getting away with it? Well, better watch it yourself 😁✌🏼 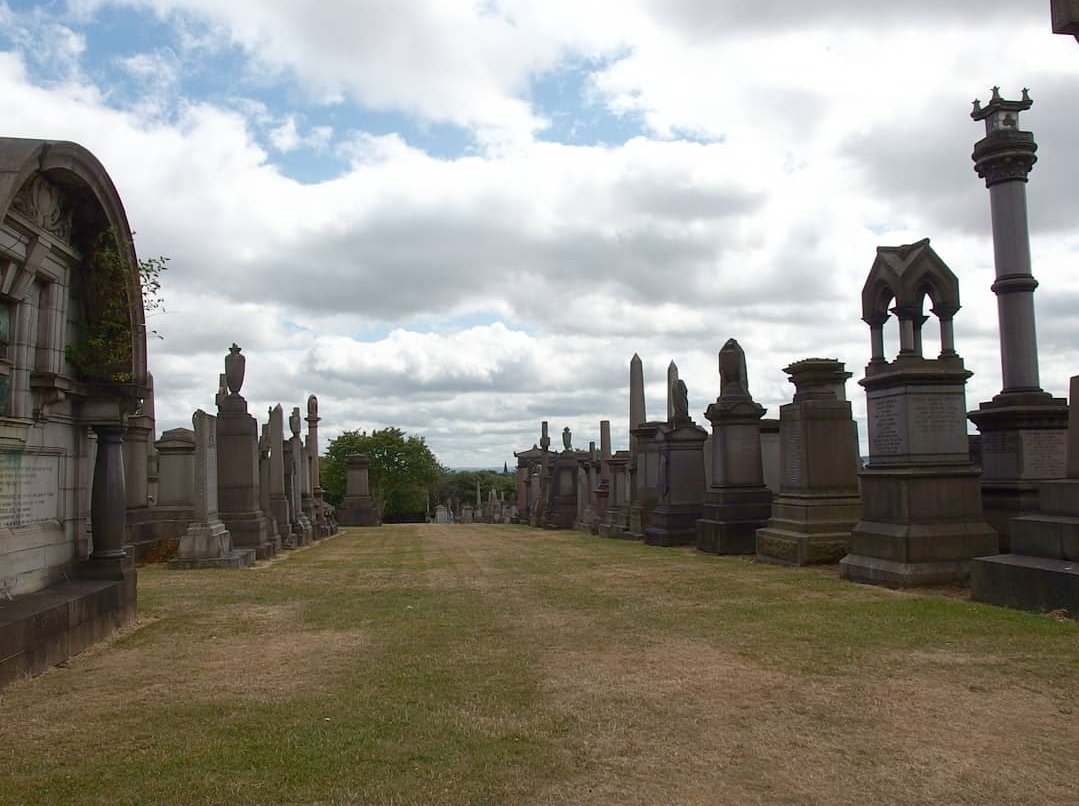 3. The Fable
This movie is super cool. Okada Junichi, the actor, was very cool. Damn. I really really really love him in this movie. The fighting scenes were superb. The characterization was amazing. Well, it’s a bit “funny” and “hilarious”, but in a cool way. I’m not sure how to put it right but maybe if you watch it yourself, you’ll get what I mean. Hhe

Summary: A professional assassin, called The Fable, wanted to take a break from his job of killing people. So he went somewhere trying to live a life as an ordinary guy. His boss, however, required that he must not kill anyone during his break otherwise he would be killed himself as the punishment. However, there was this other guy (Fukushi Sota played this guy! Whoa!), who was trying to find The Fable and aimed to kill him since he felt challenged when finding about how great The Fable was. Then there were some series of events that somehow made it difficult for The Fable to not fight and to live his life in peace as an ordinary person. Do you think he eventually killed someone? You gotta watch it yourself to find out 😀

4. First Love [Hatsukoi] (2020)
This movie is hilarious. Hahahaha I really love action-comedy movies. And gosh, I really love Masataka Kubota here. He’s so sweet and cool. Well, I know the title somehow makes you think that it’s a romance, but it’s actually not. The romance is just of a small percentage in the movie. Most of it is action – and comedy. Well, it’s not really a comedy, but the story is really funny. I can’t help laughing when I remember how it ended. Hahaha

Summary: There was a boxer. He got knocked down in his latest match. Then the doctor told him that he was going to die. He was desperate. And somehow he accidentally and unexpectedly got involved in a dangerous event, dealing with drugs and something. Remembering that he’s got little time left to live, he decided to try to save a girl from that event. And things were going crazy as he was trying to escape with the girl. And it’s really interesting and hilarious. Haha In short, it’s highly recommended 💖💕❤

5. The Third Murder
This is not an action movie. But surely it has a mystery/detective/crime side to it. Actually, this movie was making me dizzy. There were too many psychological attacks. It makes me think too much. Well, I love to think when it’s more about being curious and interested, but this one got me exhausted. I thought I was gonna love it because it was the work of Koreeda Hirokazu but nope, I wasn’t really into this movie 🙁

But I tried to see this from another perspective, you know, trying to learn something so that my watching this movie didn’t go to waste. And I remember one of the characters said this: “I’ve always thought that it’s better if I was never born. I give pain. I give pain to others with just existing.” And somehow, I feel sorry for him. It’s too painful. I mean, existing is not a crime, neither is it sinful, right? So for someone to feel that way, gosh, he might have had it rough…

An “interesting” thing that I realized after watching this movie is, I think, how different perspectives are depicted when a crime happens. The prosecuting attorney wants the defendant to be punished, with the heaviest/hardest punishment available if possible, with interest in providing justice for the victims. Meanwhile, the defense attorney tries their best to make the punishment lighter for the defendant, and is usually open to various possibilities, such as the defendant might have been cornered to commit the crime, or that they might have covered for someone else, and most importantly, they are also human, who possibly changes for the better if given a second chance. I think we’re actually, and constantly, facing these opposite perspectives in our daily lives, albeit at different levels. And every time, we have to choose and decide which is the right/best one. Well, I understand it’s nothing new. But sometimes we don’t really think about it, do we? 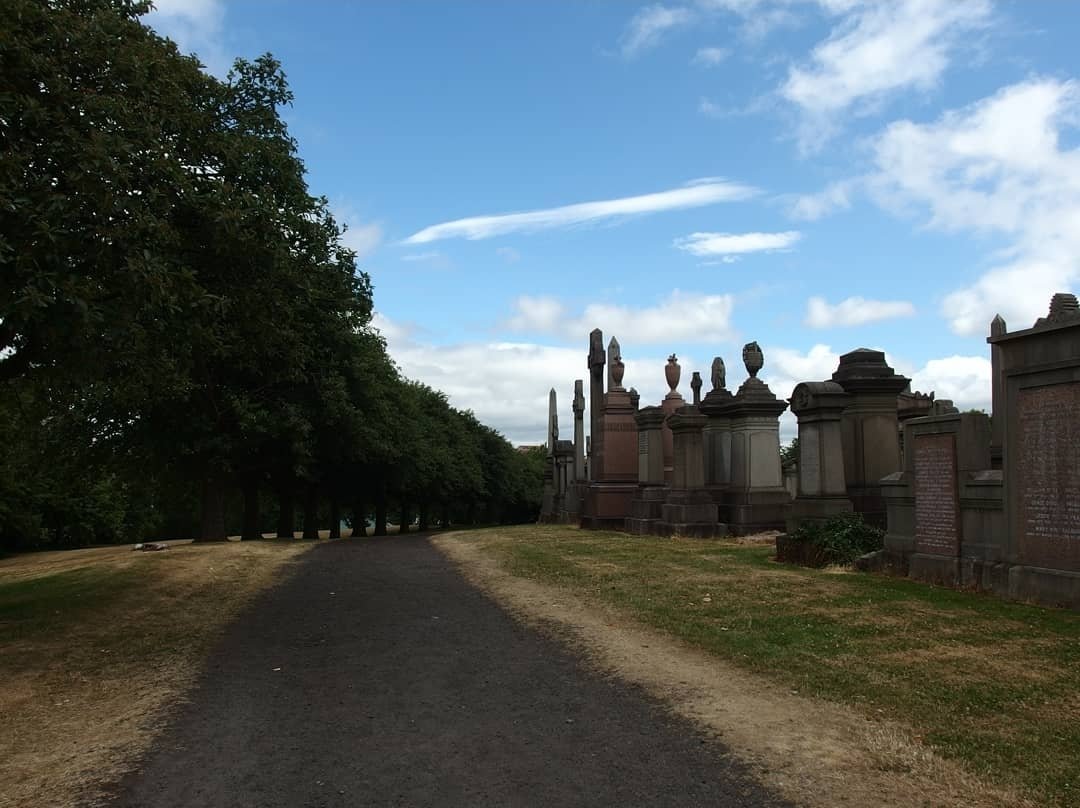 Well, okay, summary: Aan attorney was assigned to defend a murderer. He could actually have it easy since the defendant had already admitted to his crime. However, the attorney really wanted to find the truth so he tried to investigate the case. Later, he found that the defendant had a criminal record as he was also involved in a murder 30 years ago. The attorney was trying to find if the cases were related or if he was trying to protect or cover for someone. Then some relationships were unveiled. And it got me kinda dizzy…especially because it wasn’t clear if the defendant really did kill the victim or if someone else did it. I don’t know. Maybe I was sleepy and got lost when watching it? But if you’re interested, you can watch it.

6. Howling Village
This is not an action movie. This is a horror movie. So, well, you can expect something “supernatural” like ghosts or something. Creepy already? Haha But it’s actually interesting because I’m guessing there was time-travel involved, which also makes it confusing. But, well, sometimes we don’t have to problematize everything in a movie, right? So let’s just put it aside.

Summary: There was this mysterious village that wasn’t really on the map. Rumor has it that the entire village and all the people were wiped out when a “development” in the area was started. The villagers were accused of being evil (?). Dog killers? Mating with dogs? Bad blood? It wasn’t really clear to me. However, it seems that people who tried to go and managed to go there would go crazy and die. Some mysterious events happened. And it led to the “past” (?). A baby was saved from that deserted village and got raised. It turned out that the baby was actually the grandmother of the girl who saved that baby. Confusing already? I guess that’s where the mysterious and supernatural time travel happened? The girl could see spirits. She went to the village trying to save her siblings. And she saved a baby from that village and ran. But when she reached the house, she fainted and when she woke up, she’s already in the present. And the story of a baby appearing in the house was actually similar to how her grandmother was found when she was a baby. Argh, not sure how to tell the story correctly, sorry. But if you love horror movies, you might want to watch this one.

Well, I guess that’s it for today. Hopefully, I can share more in the future. And I hope you find some movies that you love 🙂