Skip to Content
Home Blogs Self-motivation “What if I fail?” VS “What if I succeed?” [Part II]
by 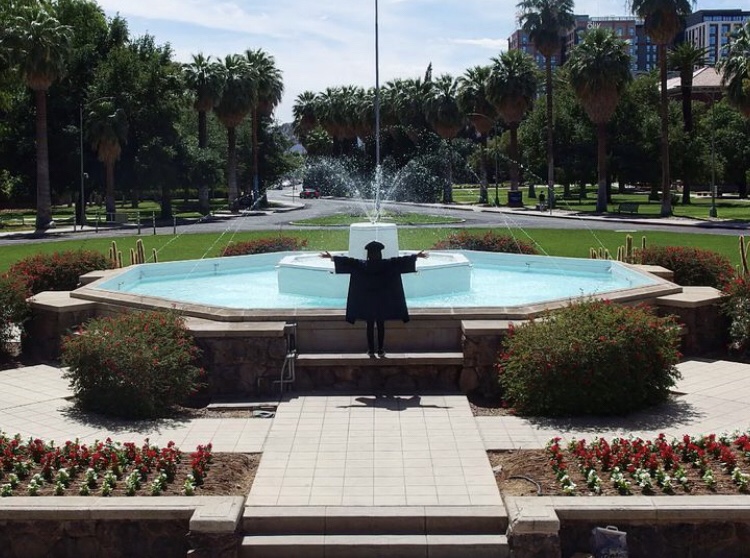 Ok, actually I wanted to share about something else, but to make it easier, I’ll continue from what I wrote in the previous post and save what I wanted to share for the next one. And by the way, you can read the first part here.

Now, maybe some of you think that I was such a snob in my previous post (well, actually this is just me being evil to myself, imagining people’s negative reactions instead of thinking of the good ones when most probably people don’t even care or read my post, so my apologies for that). Well, anyway, you might think I was so conceited; maybe you thought I always believed that I’d get what I applied for. But, ugh, no, please don’t switch or intentionally misinterpret my words. What I’ve been saying all along is that I’m open to all possibilities. I consider both success and failure and I think about which one I am more prepared for, and which consequences I can afford to take or live with. And like I said, if I fail to get it, life stays the same, I just have to put up longer with it, i.e. nothing changes. But if I succeed to get it, there’s a change, and the question will always be: Am I ready for that change? Can I handle the changes? And actually, it’s not about the change per se, but about the responsibilities. If I succeed to get it, the responsibilities will change, and the question is: can I do it? Can I really take responsibility?

Well, maybe I am making it sound complicated or “too virtuous”, trying to act holy or edgy or something, but that’s not it. I just don’t want to be an irresponsible person. I want to do things properly. Well, I know that some people might think, “Well, you can think about it once you do get it and try to be responsible and all.” Yes, that’s correct. Sometimes I do go with that kind of mindset. And I believe that sometimes it’s necessary and important to have such a mindset. After all, any mindset or pov is good when used at the right time. And any mindset or pov, no matter how good or true it might sound, is bad when used at the wrong time.

But yeah, maybe in a way I’m scared of failure. It’s not the failure of getting the scholarship or getting into a certain school or getting a job that I’m afraid of; it’s the failure of doing my responsibility after I succeed in obtaining them. Not sure if that makes sense, but maybe that’s why it’s easier for me to apply for a scholarship or a school/a college and such without fear of failure because if I fail to succeed, I’ll be the only one impacted by that failure and most of the times I’m okay with that ’cause like what I said: if I fail, nothing changes; if nothing changes, then it’s just the same old ordinary/usual life I’ve been living, no need for adjustment or preparation and such for new life.

But sometimes I can’t help thinking further about the future consequences or responsibilities after the success, especially if it has something to do with others. And this is actually the “drawback” that I want to talk about but didn’t get to discuss in the previous post. I’m in the phase where I feel enough with my mediocre life, but sometimes I’m also thinking of getting a new/better/more proper job. I’m still receiving this information about job vacancies from my university. I am actually interested in some of them, but every time I look at the job description, I often doubt myself: Can I really do it? Can I really be trusted with such responsibilities? And this is where “What if I fail?” mindset comes in. No, no, I’m not worried about not getting the job because like I said again and again, if I don’t get the job when I apply, I already have one (and two), and I can always apply for another, not to mention that I’m already content with what I’ve got. But, I’m afraid that if I do get the job, I can’t meet their expectations. I’m afraid of failing to meet their expectations. I mean, applying for a job is different from applying for a scholarship or a college. It’s because if I fail to do my job at work, it will affect others. Let’s say I fail to teach well, the students will not learn, the program will not improve, etc. Gosh, isn’t that too big of a responsibility? Well, I guess that’s because I’m more of a type “who follows with some freedom” than someone who leads or decides things for others. I mean, isn’t it scary that my success relies on others’ performances? Isn’t it scary that others’ success depends on my performance? Or am I actually making things complicated? LoL (Well, I know some of you might wonder: When you look at a job vacancy, you don’t check the salary first? Well, I consider both the responsibilities and the salary. If the salary is bad with too many responsibilities, it’s an easy no. If the salary is good with big responsibilities, this is where I often hesitate🙈😅✌)

Well, some friends might think it’s so lame of me to not challenge myself with new or big things. But you know what? I am tired. I just want to live enough. I want to be content with what I do. It’s ok that I don’t earn so much as long as it’s not bad. I am grateful for everything God has gifted me with. Now I just don’t want to feel overworked but underpaid. I might die tomorrow and I won’t be able to take all the money I’ve made to my grave. I’ve given enough to my family too, so now I just want to go easy on myself living an ordinary mediocre life for my own sake. That’s why now I just try to do a job that I’m sure I can handle well.

Anyway, sorry for going astray. But speaking of which, you know that sometimes I get invited to motivate others to apply for a scholarship to study abroad, right? [Like this one, here]. Honestly, I’m happy that I could show people that it’s possible for someone like me to study abroad with a scholarship, travel around the world, and “improve” our life at least financially/economically. Like I wrote there, there’s no guarantee that they can do it just because I could, but it’s not impossible. To know that there is such a possibility is very important. And it makes me happy when people tell me how I have shown them a dream and shared that it’s possible to realize that dream. I’m truly happy.

But now, I can’t help thinking, what’s next? What will happen to them after that? If after studying abroad and all they don’t get a better life, I’m not responsible for that, right? I mean, if I look at myself now, I feel ok. But somehow I know that some people might expect me to have a better job, a better position/status, a higher salary, and such, so in a way, the way I am now can be considered a failure. What if these people I showed dreams to end up being like me but not feeling okay with it? What if they think I’ve given them false hopes? But that’s not my responsibility, right? I’ve only told them it’s possible but never guaranteed more than that, right? So it won’t be my fault, right?

Alright, I should stop being negative like this. So I guess that’s all for now. I don’t know what you can learn from my blog especially this kind of post, but even if it that makes you learn to not be like me, that would be a precious lesson too, right?