I went to see Manila Bay (I went to Manila Baywalk) on my last day in Philippines. For some reasons, I didn’t get to go the day before and I thought, since I didn’t know what else to do, I decided to go to Manila Bay before returning to the airport to catch my flight back to the US. 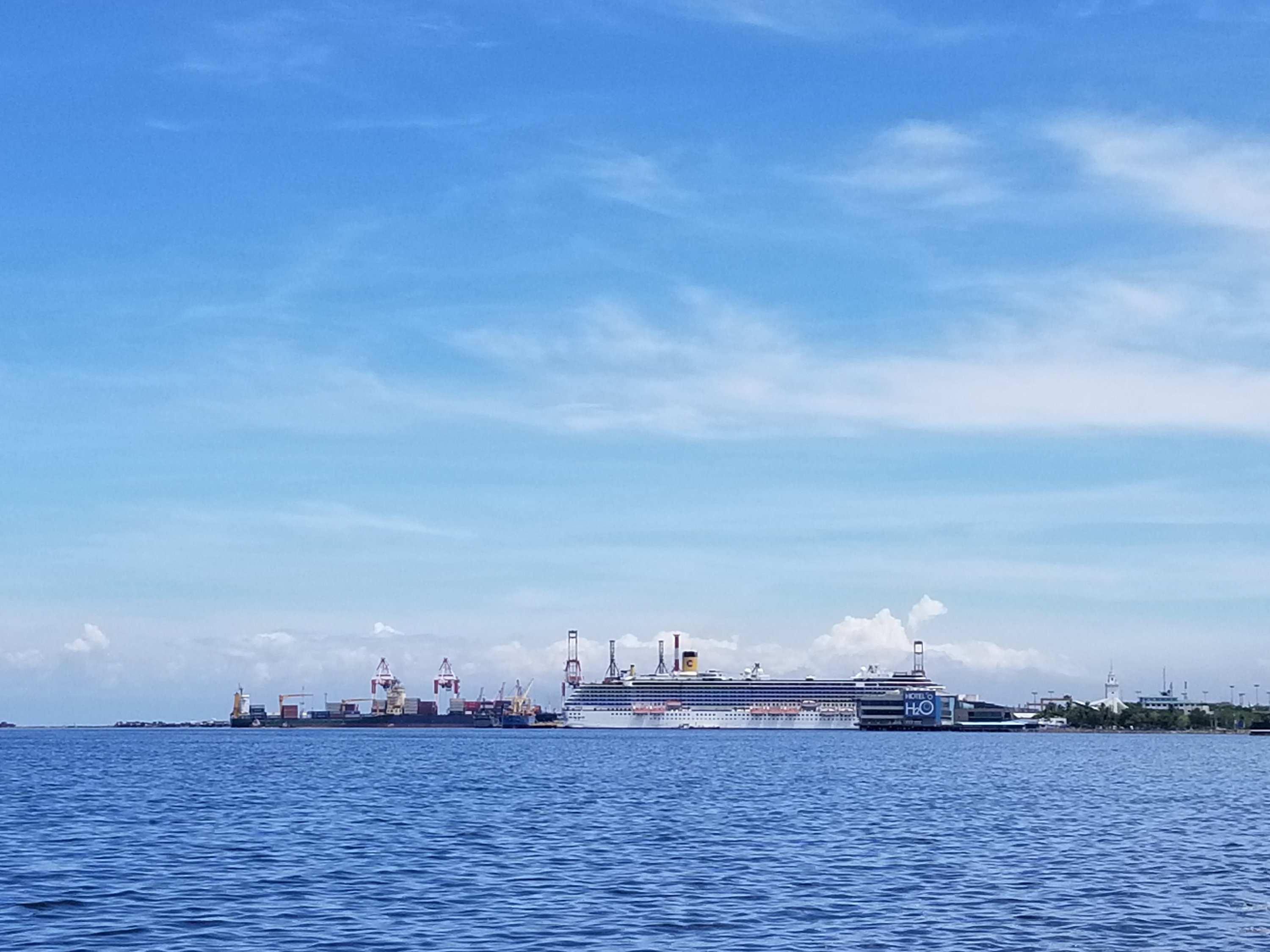 Well, ever since I knew I was going to Philippines for the conference, I told myself that I must go to this place for some reasons. First, I always thought that bays were beautiful so I thought Manila Bay would be beautiful, too. Second, I’d missed the view of the ocean, the water, the beach, the breeze, etc. since it felt like a long time since the last time I went to one, so I was really excited to go to Manila Bay. However, when I asked my friend who’s been to Philippines about it, she said that there was nothing in Manila Bay, that it was plain, and it wasn’t beautiful. I asked the front desk in my hotel and she said the same thing. I couldn’t really believe it and thought, “Well, maybe our definition of beauty was different.” Thus, I was still excited to go and hoped it to be beautiful. 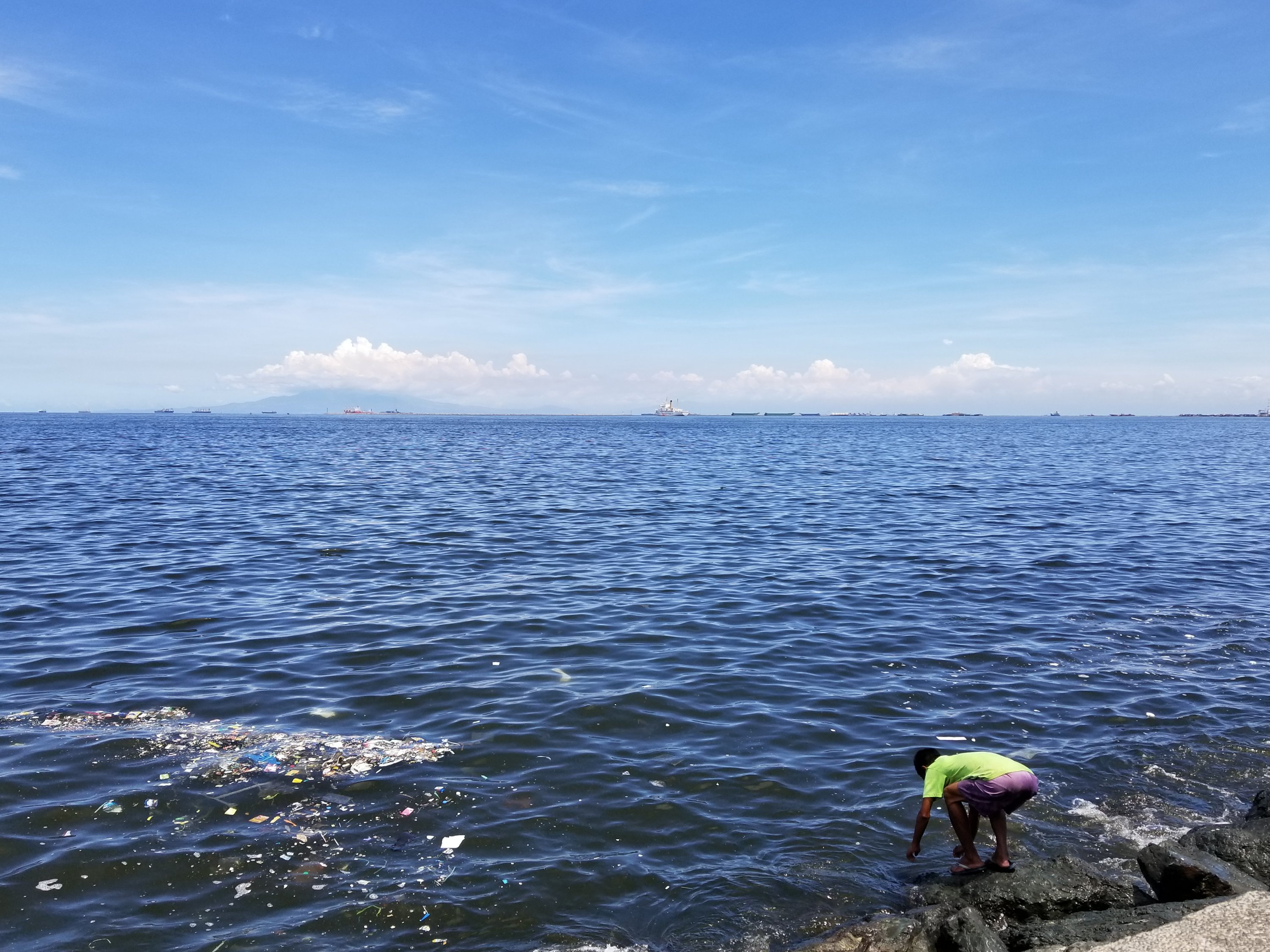 So that morning on June 4, 2018, I left my hotel in Quezon city and ordered Grab to go to Manila Baywalk. (Well, after I sent my postcards). My Grab driver told me to be careful because there were many snatchers there. It made me anxious. But on a short notice, I didn’t really like my driver because 1) he didn’t drop me off in the exact location, though I understood that it was not easy to find a place to stop in that area, and 2) he didn’t give me the change. I understood that he didn’t have some change, but he couldn’t just assume that it was okay not to return it. He should at least show some efforts or intention that he really didn’t mean to take the change, or at least until I said, “That’s okay, you can take it.” However, he just took all the money and said something like, “I didn’t have the change. It’s okay, right?” I might not have been in my best mood, or maybe I was upset with his gibberish during the drive but I don’t think I like that type of person. I believe that we, as humans, should try our bests to do our responsibility until it’s “waived” (but it’s not our place to waive it ourselves). We are supposed to give what belongs to others until it’s given to us, but we cannot just assume that it will be given to us and think it’s okay to take it ourselves. Jeez, it was not right. This type of person is someone I am not willing to tip. Well, I know we should be nice, but we also have to be professional. And, oh, he was so different from the Grab driver who took me to the airport from Manila Bay. This driver even returned the change more than what I should receive because he didn’t have the exact change. I like this type of person who prefer giving theirs instead of taking what’s not theirs. I, of course, returned the change so he didn’t have to lose his share. Well, look, I’m not a generous person. I’m even kinda stingy, but I really don’t like the idea of purposefully disadvantaging others or taking whatever belongs them just so I’m not at the disadvantage. It’s just not right.

But anyway, when I arrived in Manila Bay, it was so hot. Well, what do you expect? It’s a tropical country, and it’s June! 😊 I walked along the bay but there were not so many people. Well, there were many but I guess they were homeless. I saw only very few tourists as well. And when I saw the water, jeez, it was so dirty; there was so much rubbish ☹ I didn’t take too many photos here because, well, I was really anxious. I was scared that people would snatch my purse or my camera. I was scared that people would harass me. Well, I was being paranoid and I felt really bad about it. I mean, when I think these bad things about people around me, those I don’t really know, even the homeless, I feel like I’m doing a kind of injustice to them because the truth is that they could be innocent, they might have never had or never will have the intention to harm me. I know I was just being cautious or careful but sometimes I really feel bad for not trusting that they are good people. I’m not sure if I’m the only one who is often dilemmatic about this, but I believe that everyone wants to be trusted. Even the homeless if they had the choice, they wouldn’t want to be homeless. Many people are actually good and kind. The bad ones scare us and make us distrust people in general… 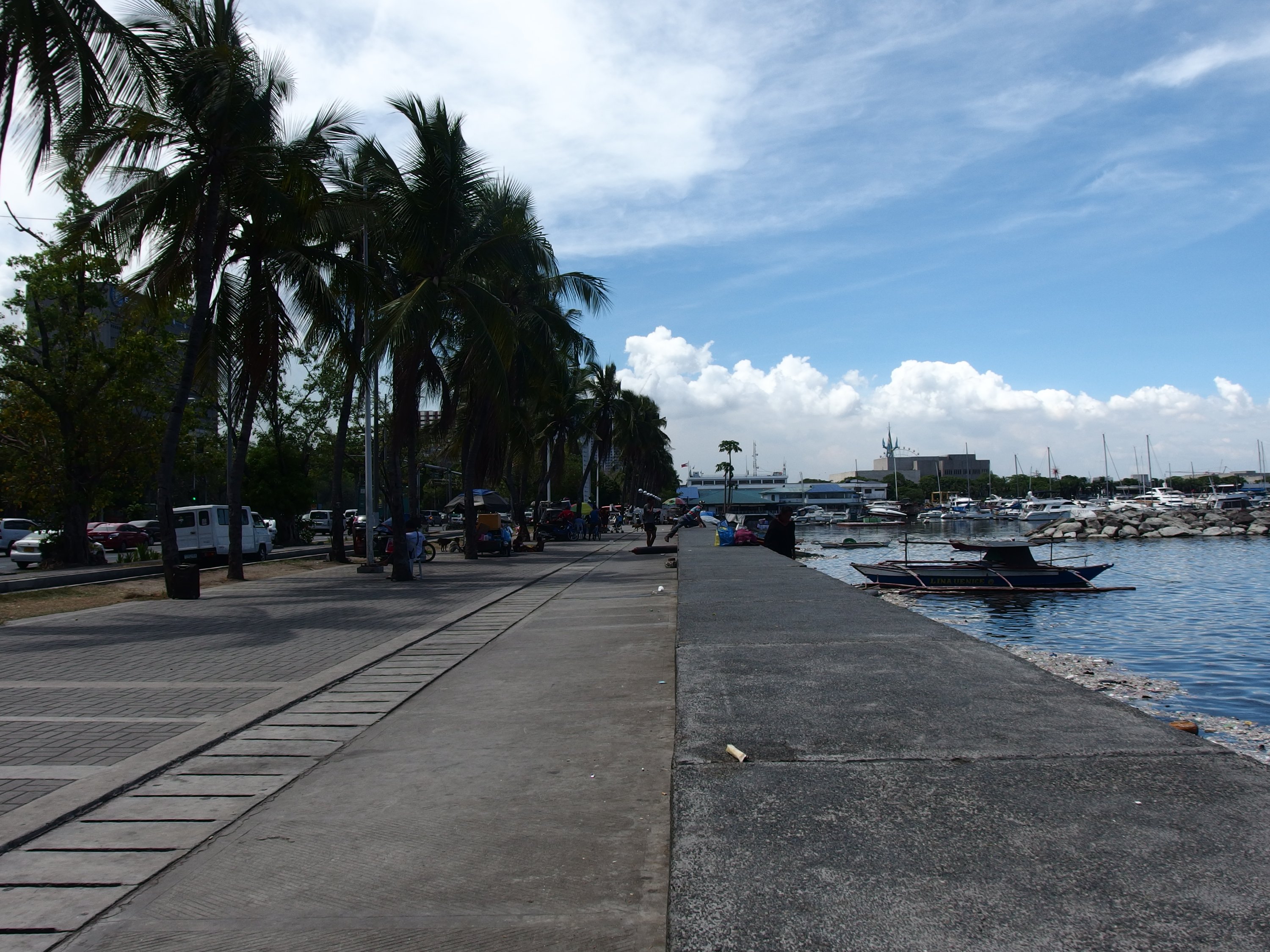 But, well, I still love the blue I saw in Manila Bay. It was beautiful. As long as I didn’t see the garbage, it’s still beautiful… But then I didn’t know what else I could do there, so I just ordered another Grab and went to the airport for my flight to Japan and then USA.