I listen to quite a lot of Japanese songs. Usually I know them from anime, movies, and dramas. And sometimes from YouTube suggestions. Sometimes I watch an anime/movie/drama and fall in love with the soundtracks. Sometimes I fall in love with the actors and find out that they sing and hence try to listen to their songs. Sometimes I find out they’re good friends with a certain singer so I check that singer’s songs out. LoL Of course, the songs I listen to are pretty diverse, about adventures, friendship, life, etc. It’s not only about romance. But, ugh, this time I’ll write about some songs that are somehow sad. Every time I listen to them, somehow I feel “melancholic.” It’s not always sad sad sad, you know, sometimes it’s that feeling of relief, anger, gratitude, etc. It can be mixed feelings, but usually I can’t help tearing up… And, ok, without further ado, here are some sad Japanese songs that I know. (I originally listed 10 sad songs but before I knew it, I had written too much so I decided to post only 4 sad songs so it wouldn’t be too long. Well, this might be too long already, though. Sorry).

I first knew this song from a drama entitled Satorare. I loved it back then. It’s about a genuine and sincere genius whose mind can be read by everyone, but he’s not aware of it, and people have to pretend that they can’t “listen to” his thoughts. The story was beautiful because he was really sincere and genuine, and when he found out that people could actually hear his thoughts, he grew kinda frustrated but he couldn’t really do anything about it because that kind of incident was still under research. But, oh, I don’t know what makes me sad when I listen to this song. At that time, I might be sad because of the stories in the drama. And when I searched for the lyrics translation, it was sad too. It’s like you’re loving and missing someone but feeling sorry for not loving them right and for wanting more from them. Might be my improvised or dramatized interpretation, though. But as I keep listening to this song, I think it’s the way the song is sung. The music. The melody. The vocalist’s voice. The pitch (?). It’s like he’s screaming his heart out, revealing and releasing the pain out of his helplessness in love. Well, maybe you can try listening to it and tell me if it makes you somehow sad? 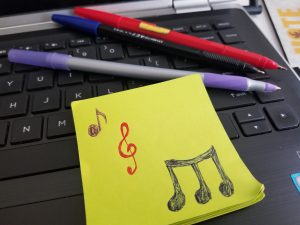 The first song of YUI that I knew was actually “Goodbye Days” and it’s a sad song, too. But this one, “Tokyo”, somehow feels sadder. And while I knew “Goodbye Days” from a movie, this one I knew because I tried to listen to other YUI’s songs. Or maybe what makes me sad when I listen to this song are the lyrics, the music, and the story behind the song. I read that this song was about YUI’s real life story when she was trying to pursue her dream to be a singer in Tokyo. She had nothing, life was hard, and she wanted to try her luck by going to Tokyo. At that time a friend of hers gave her a guitar (this is in the lyrics, though. I don’t remember if it’s also true in reality). He said that Tokyo was scary but somehow his giving her the guitar gave her some courage albeit not sure how life would be in Tokyo. Time passed, YUI somehow became famous, but she found out that her friend has died. The way I understand it, the song itself implied that “life ain’t easy but at least I’m trying. I’ll make mistakes too but that’s alright.” But when I read the story behind the song, about that friend of hers who gave her the guitar, I felt so sad thinking how much YUI must have wanted to thank him but could do nothing about it now that he’s died, how sad she was when she remembered all his kindness, and perhaps she felt there was nothing she could do to thank him or at least to show him that she made it. Or perhaps, now that life has been better, she remembers how much she had to fight to get to where she is. It makes me really sad, you know, like you want to cry but try your best to hold back the tears and they end up rolling down your face? Maybe I’m positioning myself as YUI herself and I think I’d be really sad if I were her. 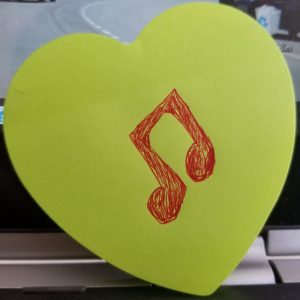 I first knew this song from a movie that I watched: Tora san: Boku ga Neko ni Natta Wake (Tiger: My life as a cat). It’s actually kinda comedic, but it’s sad too. Well, I think I’ve said this before but Japanese movies/dramas are really good at mixing the two, being funny, making you laugh, but still teaching you something and making you feel sad somehow. So perhaps I feel sad when I listen to this song because I remember the story in the movie. It’s like wanting to thank the person that you love for loving you and feeling sorry for not being able to do anything for them. You feel like it’s always you who accept their kindness but they don’t receive the same thing from you. You wish you could work harder to make them happier and you regret that you didn’t do so much earlier. You don’t want them to hate you but somehow you come to doubt yourself thinking maybe you deserve their resentment after all. But somehow you want to be allowed to be selfish, wanting them to stay with you because you love them so much. You feel bad for being selfish but you can’t help it because you want another chance to make them happy and happier. Ever feel that way? That’s more or less what happened in the movie. It’s funny actually. It’s more like a family movie. (And you know how weak I’m when it comes to families). Spoilers: Long story short, the Dad was kinda “lame”. He was a mangaka but always made excuses to not continue the comic he wrote so the family depended on the wife’s wages. The daughter wished that he could be cooler and said bad things to him. And then he died and was (ridiculously) given a chance to reflect on his past mistakes by returning to the family as a cat. It’s hilarious. But, somehow he came to realize that he really loved his family and wanted to make their life better and make them happier. The daughter also regretted saying bad things to his Dad before he left and died ’cause she realized how much he’d actually loved her and how much she actually loved him. I think it makes me sad in a way ’cause it makes me think of my family (and my friends) and somehow I feel the same way: I wish I could do more for them, but I often can’t do it just because I want to. There are things of which I have no power. And sometimes I am selfish, too and I feel bad for it but I’ve got to choose for my happiness too, right? So, yes, this song instills those kinds of feelings within me.

So I guess they’re the 4 sad songs that I could share in this post. I think what usually makes me sad is the fact that those songs somehow portray “helplessness” and “powerlessness”. Like, you’ve been trying your hardest but somehow things aren’t the way you want them to be? You wish you could do more but you feel like there’s nothing else you can do? You wish you could change a thing but somehow it’s simply beyond your control? Hence, you try to make peace with it. You try to accept it and try to make it less bad. It’s still bad but somehow you try to find something you can appreciate? It still hurts but somehow you try your best to deal with it. Those kinds of things…those kinds of feelings…they usually make me sad.

I put it here because I love Hey! Say! JUMP! OMG, OMG, I should really write something in a different post about them. Haha But, no, I don’t put it here because I love HSJ. Yes, I knew this song because I love HSJ and listen to their songs, but when I listen to this song for the first time, especially the beginning part, it really made me feel sad, that’s why I included it in this post. It’s kinda weird, actually, because the music is not that slow and it’s quite upbeat but the lyrics and the way they sing it portrays some kind of pain. When you sing this song, it feels like you love someone and want them to notice it and return your feelings. You want them to know that someone’s waiting for them and that someone is you. Ok, now it sounds cliche and usually I don’t like this kind of lyrics because I simply don’t like begging for love ’cause I’m more of a “if you don’t love me, that’s fine, I can love myself” type. But maybe this song sounds sad because they sing it in such a way with their beautiful voices. But, ok, damn, maybe I put it here because I love HSJ after all 😀