Skip to Content
Home Blogs Introduction Friendship: How do You Define A Friend?
by

How many friends do you have? How do you know they are your friends? How do you define a friend? This topic becomes kinda intriguing to me lately. I know that before, in another post, I said that “…either I’m friends with nobody or I’m friends with everybody.” (You can read it here). However, really, sometimes I find it interesting when people say we’re close friends. Well, of course that makes me happy. But in some occasions, I can’t help wondering, “What makes them think so?” 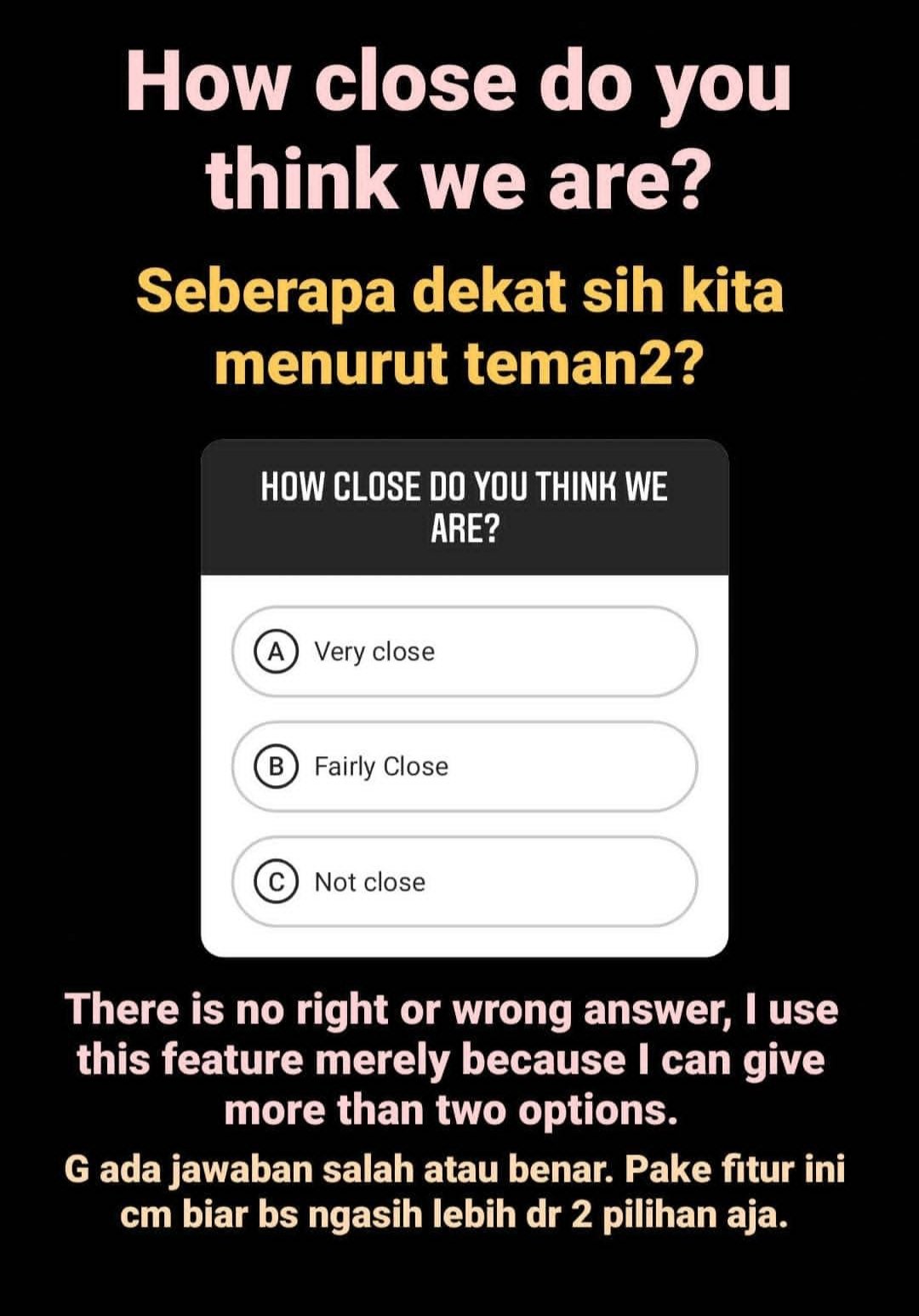 The other day, I made this poll on Instagram (I used the quiz feature, though, so I could give more than two options). I asked, how close do people think we are? And guess what? Nobody, not a single person actually thinks we’re very close. Some think we’re fairly close, and most of them think we’re not close. (And the rest, of course, they ignore me). But I think it’s interesting. Some of these people actually put me in their Instagram close-friend list, but they don’t actually consider me a close friend. (So I guess I’m right when I say being listed as an Instagram close-friend doesn’t necessarily mean that you’re their close friend, i.e. it can just mean that they trust you enough to not judge negatively when they share you their stories. And I’m fine with that). But, well, I guess I have my reason why I say I don’t have a very close friend. That survey kinda “proves” it.

What’s interesting is that I also ask the same thing in my fangirling account. And guess what? Some of them actually think that we’re very close. Most of them think we’re fairly close. And some think we’re not close. Well, I don’t know what to say, but I really treasure these people. I really love them, and I hope they really have great friends and are truly happy in their life. Because, you see, I won’t be mad if none of them think we’re close. I won’t be upset if everybody thinks we’re not close because we don’t know each other in person anyway. Even those coming from my country cannot tell that I’m from the same country (I’m sorry, guys. I love you, okay? One day if you find out, I hope you won’t be upset, and if you are, I hope you’ll forgive me. Just know that I never look down on you, and I’m proud of you, okay?). I mean, I’m just hoping that they feel safe and comfortable to interact with me and to tweet anything in my presence. God bless them. 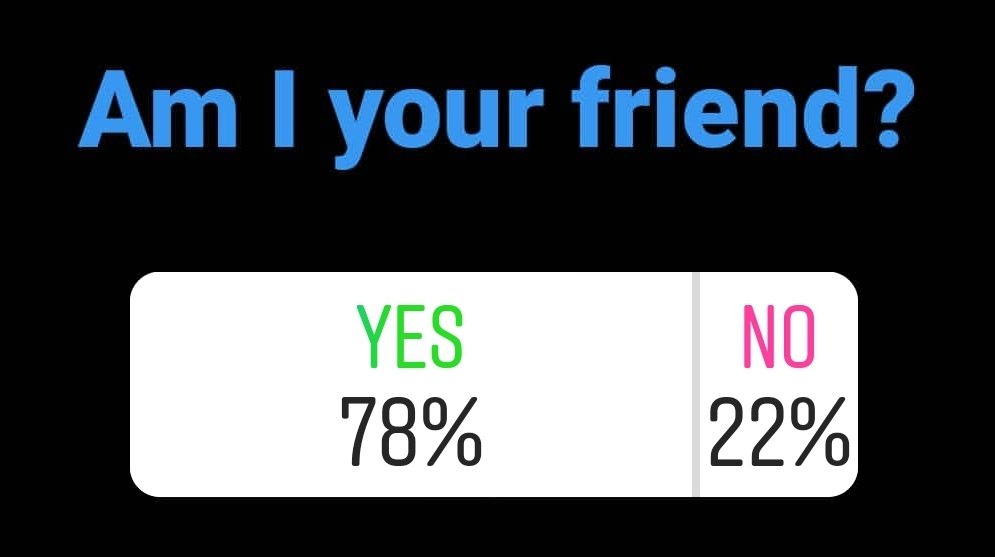 I also made another poll asking if they consider me their friend and if they consider themselves my friend. The result is interesting. Well, I understand if someone didn’t vote, ’cause perhaps they want to say they’re my friend or that I’m their friend, but perhaps they’re worried I don’t feel the same way. After all, we don’t want it to be one-sided, right? So no, I won’t judge them. I totally understand. And I am really thankful for these people who consider me a friend or consider themselves my friend because, again, I know I’m such an awkward person to be friends with, so I know they’ll have to put up with me a lot of times. I just hope that I can be a good and better friend for them…

And why do I write this again? Well, I was upset. I am in this group of school alumni, right? (Maybe I should have left long time ago). I am not that active in the group actually. I stay because my friend put me there, and I thought it’d be rude to leave so I just muted the group and cleared chat ’cause if they need something from me, they know they can always contact me in private. And this guy suddenly asked who I was. To be honest, I didn’t know him. We’ve never been in the same class, otherwise I’d know. So I said that I’m one of the alumni of the same cohort. I was just not in the mood to explain myself to somebody I don’t know and one who doesn’t even know me. (Or maybe I was having PMS. Gosh, the fact that I use this excuse to be myself. LoL) But, ugh, I don’t know, maybe I was a bit sad that they invited me to the group, let me stay, but never noticed or knew me? I don’t know. And he texted around midnight, Indonesian time. Well, it’s not a problem for me since it’s morning here, but he didn’t know it, right? Texting someone you didn’t know around midnight is simply impolite (and a bit unethical) (I shouldn’t problematize this, but I was upset so let me just add this to the list why I found it annoying). And this guy suddenly preached about alumni group being the medium to know one another more. And I’m like: LMAO. I’m not gonna be stuck in the past. If you had wanted to know more about me, you should’ve done so when we’re still high school “friends” so then we can remain friends. But I was nobody back then (well, I’m still nobody now somehow), so yeah, I get it if nobody wanted to be friends with me. But no, that’s not what alumni group is for me. Alumni group only gossiping about others, remembering the days you bullied someone and still doing so? No, thanks.

Well, I mean, I know some people might think I’m being a snob just because I’ve been abroad, but, really, that’s not it. If we have been friends, if you’ve been so nice and kind to me even when I was still poor and ugly, then there’s no way I’ll forget you. But I just can’t think of you as a friend when we never were friends at the first place. Well, I know I’m not the best friend ever existing; I’m not even a good friend to begin with, but my understanding about friendship is, if you think of someone as your friend, then you ought to care for, support and respect them, NOT look down on or make fun of them. But what happens is usually the opposite, and I really hate it. The thing about “friendship” in Indonesia is that everyone is called “a friend” just because they go to the same school, learn in the same class, etc. But that’s not it, right? Being a schoolmate or a classmate doesn’t automatically make you a friend. To be a friend takes more than that. Again, you should care, support, and respect your friend!

Well, I know some good friends, and I’m sure there are many good friends who care, support, and respect their friends, but, call me not fun, call me a party-pooper, some people really have a fucked-up idea of friendship. They can easily call someone a friend, claim themselves to be a friend, only when it benefits them, like when they want their friend to so something for free or to get some discount or “friend price”. (What a joke! If you’re a friend, you’ve gotta support them instead, not stealing from their income by asking for some friend discount. Did you ever look up what “friend price” means in urbandictionary? It is “Price demanded by someone who doesn’t value you.” So yes, if you do that, you’re simply not a friend). Sometimes they suddenly pretend to be close to you to borrow some money and being so hard when you need to take your money back. Jeez. And sometimes they use the word “friend” only when it’s convenient to them, especially to justify their bad behavior or actions like bullying, harassment, dangerous pranks, etc. They’d say something like, “This is what close friends do.” (HA-HA-HA, I’m sorry, I don’t want to be close friends with people like you!) 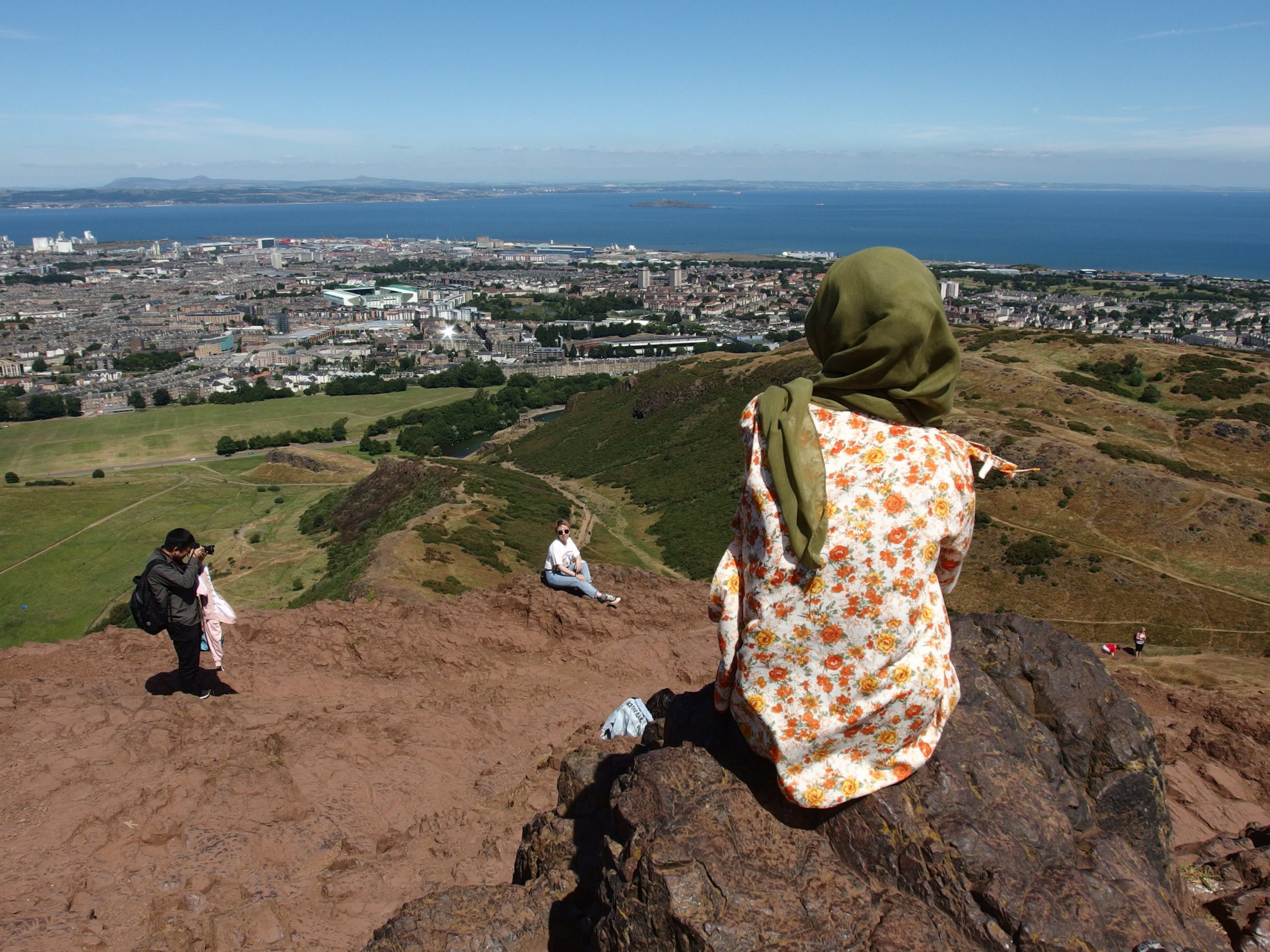 So yeah, I was upset about that. And I’m actually okay if someone wants to be friends with me now or if they try to know more about me. It’s okay. I’m okay with all of that, I’m okay with what happened in the past. I have no grudge whatsoever; I’ve come to terms with it. But if they are gonna call me a snob just because I don’t think we were close enough to be friends, well, sorry, I’m so gonna guilt-trip them. And trust me, I’m good at it.

And really, some people are really terrible at defining a friend. They think it’s lovely to give someone a special name to make them closer as friends, but don’t they get that not everyone likes it? For example, remember when I talked about name-calling? (Here, point 3, please read it). And after all of that, they still call themselves my friends. Well, okay. I can tolerate some because I know they were also there for me during difficult times, but sometimes I wish they would know that I didn’t like the way they called me…but it’s not easy to open up about such things to such friends, is it?

Well, some friends do make us feel bad and sad…But when we talk about it, we’re often scared that we’re just going to make it worse so we learn to keep it to ourselves, we don’t want to lose a friend and such, but, just be honest, we’re hurting inside. And oftentimes, when we speak up about how bad people have made us feel, instead of apologizing, they’re gonna be quick to come to their defense, calling us too sensitive or butthurt. So, again, we learn to just keep silent about it ’cause we don’t want them to make us feel worse. But guess what? If your so-called friends keep making you feel that way, if your so-called friends make you incapable of being honest about how you feel or how they’ve made you feel, maybe they’re not worth being called friends. Perhaps they’re just some of those toxic people you mistake as friends. Won’t you feel a lot better if you just leave or let them go?

Well, I’ve been saying it: I’d rather have no friends than be friends with someone who’ll only hurt me. And I don’t know why I post this again, but I hope you guys can have many good friends in your life. And most importantly, I hope you can be good friends for others.