Hi, this actually happened in August 25, the second day Fall semester started, but I thought I could put it here too 🙂 Actually it’s not the first time I had video-calls with my parents, but usually I had to wait for my sister to go back home to visit our parents to be able to have video calls with them. However, recently they just started to learn to make video calls themselves, so yeah, it’s the first time I video-called with them without my sister 🙂

Without further ado, here is the story 😉

My parents just learned to use WhatsApp. That day my parents voice-called me when I was about to leave my apt to get some food from the campus pantry (Fall semester started the previous day). I requested to switch into video-call so they could see my surroundings. I was literally closing the back gate to my apartment. They apologized thinking they were bothering me, thinking I was in a hurry for a class, and said they’d hang up. But actually I thought it’s partly because they also didn’t know how to switch the voice-call into video call 🙈😅I persisted, though. I told them it’s okay, that they were not bothering me, that I wasn’t leaving for a class, and to keep the call. They were confused about what to do to switch into video-call that I requested. Haha Perhaps, youngsters nowadays would wonder, “How could it be so difficult for them?” Well, I told you, right? My parents were poor. They didn’t finish primary schools. And they were not tech-savvy. They used phones only for the basic: calling and receiving regular calls. Only recently they learned about internet. Well, some people took their time to learn, right? ^^

As I walked, talked, and switched the front and back camera back and forth showing them the roads, the pavements, the neighborhood, etc., they kept asking me if it’s really ok. They’d ask sth like, “Aren’t people looking at you? Won’t they think it’s weird if you talk to your phone by yourself?” Ah, they’re so sweet^^ So I tell them that people mind their own business here. And surprisingly, I don’t care that much bout what people would think of me either as long as I don’t bother/harm them here. I mean, I’ve been “weird” enough to be the only girl walking with hijab, in this summer, what can be weirder? I’m used to it^^ So I tell my parents that it’s okay unless I’m on a bus or a class or library or such places, then I can’t make a call because it can disturb others. They looked amazed. Oh, I was too

The first “hilarious” comment they made was actually when I was just leaving my apartment. I was leaving through the back gate, and the small drive wasn’t paved so well, and they were like, “Why is the road so bad? I think our roads are better.” They looked surprised. Well, I was too. Haha There are “bad roads” here too. LoL I mean, it’s a small drive, so yeah, it’s not as good as the bigger streets/roads. And as I was walking near the bigger roads, they’re like, “Oh, the roads are actually good and better than ours.” And I noticed that my father was actually paying attention to see what I showed them through the WhatsApp video call. Usually my Dad wasn’t really keen on such calls. He wasn’t good at expressing his feelings. Haha So, well, I was happy that it could captivate him ^^

We were passing some dumpsters and I told them that people usually threw away chairs, mattresses, sofa, etc. And they were like, “Maybe I could go to USA and scavenge there and make some money?” Ah, well. Haha They didn’t really understand the concept of passport and visa yet^^

Then we passed some other apartment complexes, which are more expensive than mine. They saw some cars parked in the front of the apartments and asked, “Are they the tenants’ cars? Oh my God, they are so rich. So, you’re the only poor student there?” Hahaha Well, I tell them that cars in the US are like motorbikes in our country. Having a car doesn’t necessarily mean they are rich. And I told them I was not the only student who had no cars, but they didn’t seem to listen and kept asking questions as I was walking 🙂

I was crossing the road between 8th St and 7th St, and there was a car passing by. They said to watch out but I told them to not worry because pedestrians were the kings of the road here. Cars should yield and give us way. They were impressed. Oh, I was too

I was about to cross at 6th St, and I showed them that I should press the cross button first. They were excited. Oh, I was too 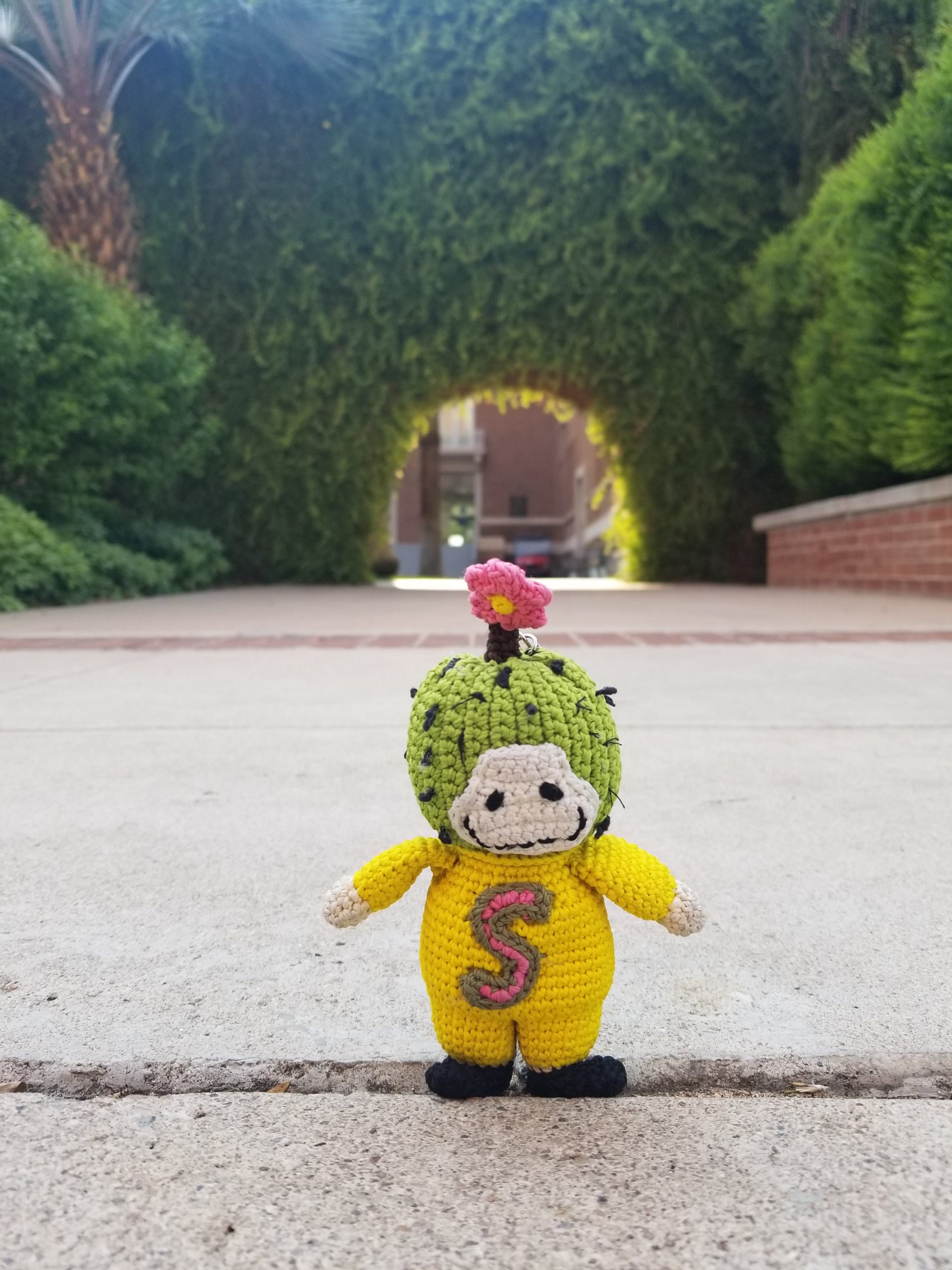 I was passing this area where people parked their bikes. I told them that many people biked here, and there were special parking lots for bikes and few for motorbikes. Then there was this bike whose tire seemed to be stolen and they’re like, “Oh, so there is a thief there too?!” Haha, yes there are

I was walking this area where bikers should walk their bike. I showed them the sign, the English writing, and explained it to them. And they’re like, “Ah, you’re so smart. I wouldn’t understand if you didn’t tell me.” Somehow I got teary… I mean, for them to say I’m smart for understanding such a basic thing, something that everyone would understand here…Somehow I feel guilty for having neglected my dissertation, and it kinda gave me some motivation to go back to writing. Also, I should emphasize this: my parents and people like them are not stupid, they just didn’t have enough chances to get education 😟☹

I was passing this area where some construction was happening. I showed them some machinaries including the barriers to keep people away from the construction sites and to keep them safe, my parents were like, “Oh, everything was done by machine? Then humans will not be needed anymore.” Well, I tell them that humans are still needed to operate the machines, but they were still lost in thoughts watching the surrounding, still amazed. I understand 🙂

Then we’re getting close to Student Union, where the campus pantry was. They noticed that there were more people walking but not too many. I told them that because of Covid19, not all students took offline classes to keep them safe and that many students were taking online classes.

Then we went to the ground floor to where the pantry was. I told them that usually the line was long and I had to stand in line. But this time there was no line so I could just go in directly (At that time the pantry opened from 2-6pm and I came around 4pm). I kept my video call with the back camera on while swiping my CatCard (Student ID), talking to the student staff, etc. I showed them what we had in pantry, and they were amazed. Oh, I was too 🙂

Then I went back home. I kept the video call on when my parents saw some students wearing only tanktops and shorts, some male students were even topless. They “made a comment” on that. Well, pardon me. I know my parents were quite conservative, but believe me, their comment was more because they weren’t used to such things. We don’t really have people (especially women) wearing tanktops and shorts in our place. (Call it patriarchal community or such, but that’s not my focus this time, okay? 🙏🙇‍♀️) So I told them again that it was pretty normal here and that it was okay because, again, they didn’t harm others, and not to mention that they weren’t Muslims and that it was really hot (it was summer!) here. Also, I used that moment to preach “religiously” that men were also obliged to lower their gaze and my Mom was like, “Yes, it’s right.” And my Dad was speechless. LoL 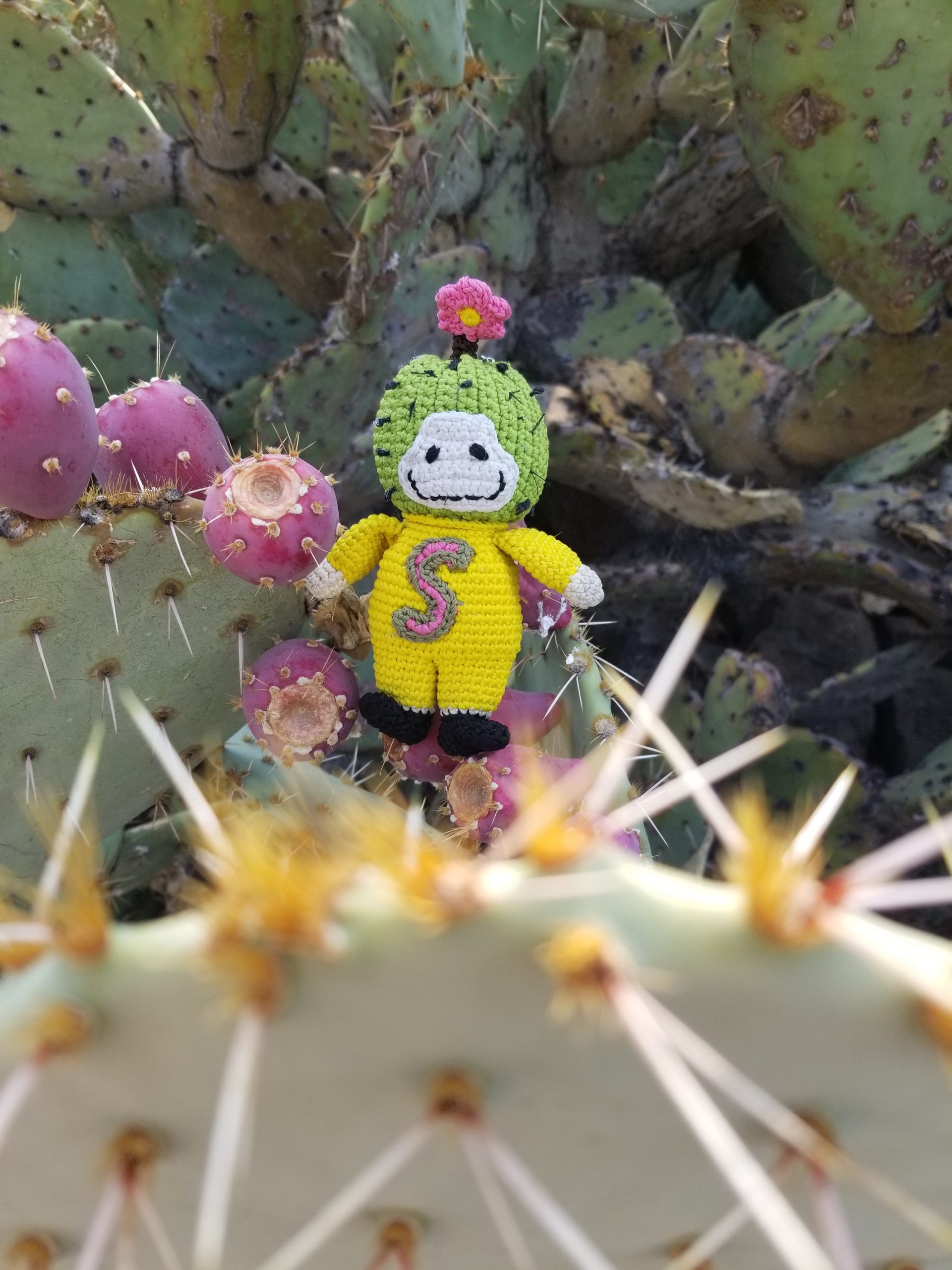 Then I ended the call and told them I’d call again when I was home. (Well, I wanted to take some pictures with my Sabonen keychain doll 🙈✌ Besides, I was going to take the same route, so there wasn’t much to see.) And when I was finally home, I called them again.

I showed them the mailbox, the swimming pool, the date-palm tree (they told me to pick the dates up. Haha). Then we proceeded to my unit. I showed them again what I took from the pantry. Some eggs were broken. Hikz I told them things about campus pantry, basically things I wrote about before (here, if you want to read^^). They were amazed again. I was so happy 🙂

I showed them what I had in my unit/room. The refrigerator. The microwave. The electric stove and oven. The desk I picked from the dumpster. The bed on the floor. The sofa/couch that I got from a friend for free. The stuff that my friends left at my place in case new students need them. I also showed them my bathroom. The sink. The toilet bowl. The toilet paper. The absence of bidet (sigh) that I need to provide special empty bottle so I can clean with water (LoL). The bathtub. The shower. They said it was like the house of the rich. But I tod them that it’s actually the basic here, that my apt was among the cheapest, and that there were many better and more expensive places. Etc.

Well, that’s all actually. And it wasn’t the first time I showed them around my unit/apt. I did before when my sister was home and we were having video calls. But I don’t know why this time they felt so amazed maybe because they had all the phones all to themselves and they were idle at that time. I don’t know but I was really happy that could show them around 🙂

I posted some parts of this story on Instagram and my Facebook and some friends were really kind they gave me nice comments. Bu Fatimah, the Indonesian lady that cared for Indonesian students here, told me to make similar video calls when visiting her store. My colleague told me to explore the town next. Oh, yes, I plan to show them more. I know we can’t afford to make them travel here to the states. They don’t speak English and we don’t have the money either. Well, I wish they could be here to witness everything first-hand, but as long as I can show them around, I hope it can make them happy and taste some parts of the world that they indirectly enabled me to see 🙂

Well, I guess that’s all. I was drafting this post on August 26, 2020, but I hope by the time this is posted, I’d have made a lot of progress with my dissertation. Wish me luck 🙂