Skip to Content
Home Blogs Random It’s okay to dislike someone, but…
by 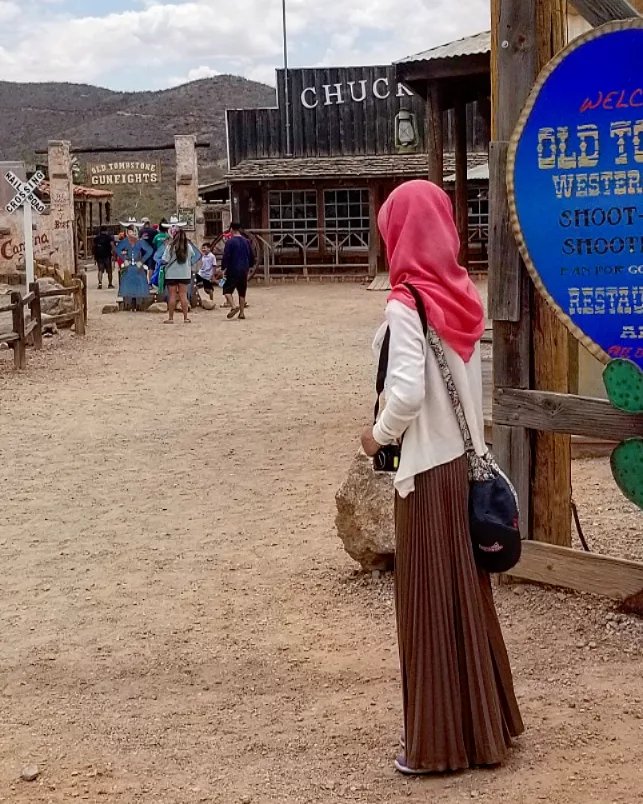 Have you ever disliked someone and you just can’t really explain why? You just get upset as they just get on your nerves for no reasons? Well, there must be a reason but you don’t really find it reasonable or reason enough to dislike them. Or perhaps you feel like you shouldn’t dislike them but you simply don’t and can’t get yourself to like them and so it makes you baffled or uncomfortable? But when they later do something bad or something you don’t like, you feel like your dislike for them is finally justified? In short, it just can’t be helped.

Well, I guess it’s pretty normal, no? It can’t be just me, right? No, I’m not that special, so some people must have experienced the same. And again, I guess that’s pretty okay. What’s not okay is when you dislike someone, you start saying bad things about them to others knowing it’s just your personal dislike and that people might not have a problem with them. What’s not okay is trying to get others to dislike them as well. I mean, can you imagine someone saying bad things about you to others who do not even know you and who do not even have problems with you? How would you feel?

Well, I’m not sure if I am practicing the golden rule too much, i.e. Do as you would be done by, but, seriously, what I don’t want others to do to me, I try to not do it to others as well. I guess that’s the fair way, no? [It would be different to do something (even though we don’t like it) to others as a payback because they did to us first, though. It might sound vengeful, but, well, sometimes people need to taste their own medicine. Sorry but not sorry].

So, well, okay, why am I writing this?
The other day I ran into this viral post saying, more or less, “Your apologies should be as loud as your disrespect was.” And I was like, “Dang, yes it should.” Well, it’s not that I’m crazy about being respected or something especially because I know that respect is earned, not given; i.e. we can’t ask people to respect us especially if we don’t deserve it. In other words, you don’t have to respect me, no. But, it doesn’t mean you can be disrespectful. See what I mean? In general, we have to be respectful, not for others but for ourselves, because it’s the basic, i.e. to be a decent respectful person is basic. 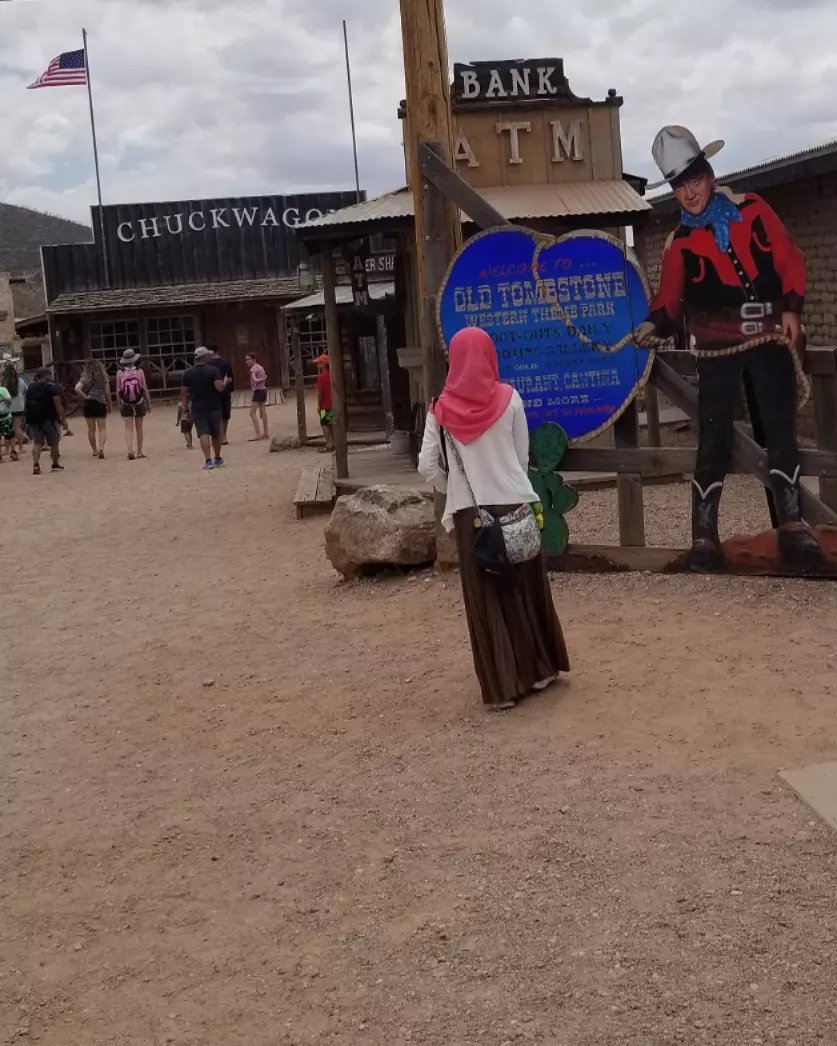 But, well, what “intrigued” me in that quote is the word “loud.” I think this is really important. I don’t know, but when I read that quote, I suddenly imagine this scenario. Someone talked so loud to others about how bad you were and not all of what they said was true, but then they realized they were wrong and then apologized to you in private. Isn’t that a joke? Unfunny one. I mean, what about those who believed in what they said and came to hate you, avoided you, etc. because of what they said? Are they going to make it clear to them too that what they previously said about you was wrong, that they were the wrong one, and that they should not have hated or avoided you? If they had the gut to shame you or falsely accused you in public, then they should do the same with their apology, i.e. make it public too. That’s only fair, no? Hurting you in public but apologizing in private, what? So hilarious! Or, do you think I’m too vengeful and not forgiving enough? Well, sorry, I ain’t God.

Well, previously I wrote about human relationship too, right? (Here!) I know I might have written the same thing, or maybe mentioned something similar in other posts when it fits the context, so maybe some of you will feel like, “Ah, she’s got nothing else to write or post.” Well, you might be right, but in my defense, doesn’t it show some kind of consistency? And to be honest, really, someone who talks bad about others is perhaps one of my pet-peeves or maybe it’s actually one of those that people call “red flags.” But logically, (I know I said it in different words before, but let me say it again), if someone can talk bad about A to you even though you actually have no problems with A, don’t you think it’s also possible that they’ll talk bad about you to Z even though Z has no problems with you? See? It’s kinda worrisome.

Well, I’m not saying I’ve never talked about others, no, I don’t want to be that hypocritical. Most of the times I do talk about what bothers me, something that people do, without mentioning their name (’cause you know I want to focus on what and not who, right? People can change for better or worse, but just because they can change for the better, it doesn’t mean the wrong thing they did instantly becomes right, no? So let’s focus on the “what” and fix it). Sometimes I do talk about bad things of others too while also mentioning their name too. I’m not gonna lie. But again, there are “conditions”, like, perhaps the person I’m talking with is someone that I’m really really close to and that shares the same contempt or problem toward that person. Or when I can no longer stand it and find that the person doesn’t deserve any cover up or such. Or when what they did is really really really problematic and can harm others. Sure, I’ll mention a name. I can’t let them keep pretending to be a nice and kind knowing others might be tricked and harmed with the same patterns. [So maybe this is also the reason for people doing “cancel culture?” I don’t know, but, one thing I know: there’s a limit (and perhaps exception) to everything.]

But I mean, imagine if you are not close enough, when you barely know each other, and then out of the blue they tell you things about ABCDZ negatively or with some contempt and disgust. Would you feel comfortable with that? I don’t know bout you, but it would be strange for me. I wouldn’t like the awkwardness that later comes with it. Well, I understand that sometimes it makes us feel accepted and trusted, and we all need and want to be accepted and trusted. I get it. Still, I guess it’s always better to be cautios, no? Also, chance is, sometimes such people only bait us to be the bad guy. They intentionally say bad things bout X so we elaborate and talk bad bout X too and then they frame us and make us the culprit when it’s them themselves who started it. Know what I mean? Oh, well…

Or maybe this is because of my personal experience? Not sure if I wrote about it before, but once upon a time, there was someone who loved to tell me about others. For instance, they would tell me that A has no brain and is just using to their beauty to get things; they’d say B ain’t actually religious ’cause they took off their hijab when videocalling them; they’d say that C was being too dependent on their boyfriends or something, etc. without me actually asking, and when actually I have no business knowing all of that and that it’s not something I should be concerned about ’cause it’s really private and personal, i.e. it’s not my business, and they shouldn’t have told me such things ’cause I’ve got my own perceptions and impressions about A, B, C, etc. At that time I just shrugged it off because I didn’t want to have problems with anyone. I keep my distance from everyone anyway. I treat everyone the same (at least I try!). But guess what? Later this person turned out to be a jerk so I couldn’t help thinking that they might tell others bad things about me too. Not that it bothers me ’cause I know who I am, I know who matters to me, and if someone is gonna believe their nonsense about me and hence treats me unfairly, then I know they’re not someone deserving my respect, they’re not someone I want to be close to or be friends with. So it doesn’t really matter. I’m not going to need such people in my life. [And hopefully they won’t need me either, ’cause, well, it would be too awkward, no?]

So, yeah, it’s okay to dislike someone. You can say you don’t like it when someone says A or does B. But be careful to not say you don’t like person X or person Z. Well, rule of thumb (I might’ve made it up myself, though): it’s better to not talk about the people we don’t like [unless we really have to].

Not sure if I’ve been saying all this because I’ve got trust issues, or, do you think I worry too much?