At the end of this May, I am going to present in a conference in Manila, Philippines. It is sponsored by my scholarship, but within a certain budget. Thus, I buy a cheaper ticket to fly there just so it is covered by the budget and so that I don’t have to spend extra money out of my own pocket, well at least not for the flight.

Thus, I could finally secure a cheap ticket. But as you might have guessed, like cheap tickets in general, it has long layover in Narita, Tokyo, Japan. Well, I’m actually happy because you know how much I love Japan, right? And there is a Narita free tour too for people who get long layover so I am actually excited that I am going to spend a lot of time in Japan. I plan to apply for a visa so I can get out of the airport, about which I have a story that I will tell later 😁 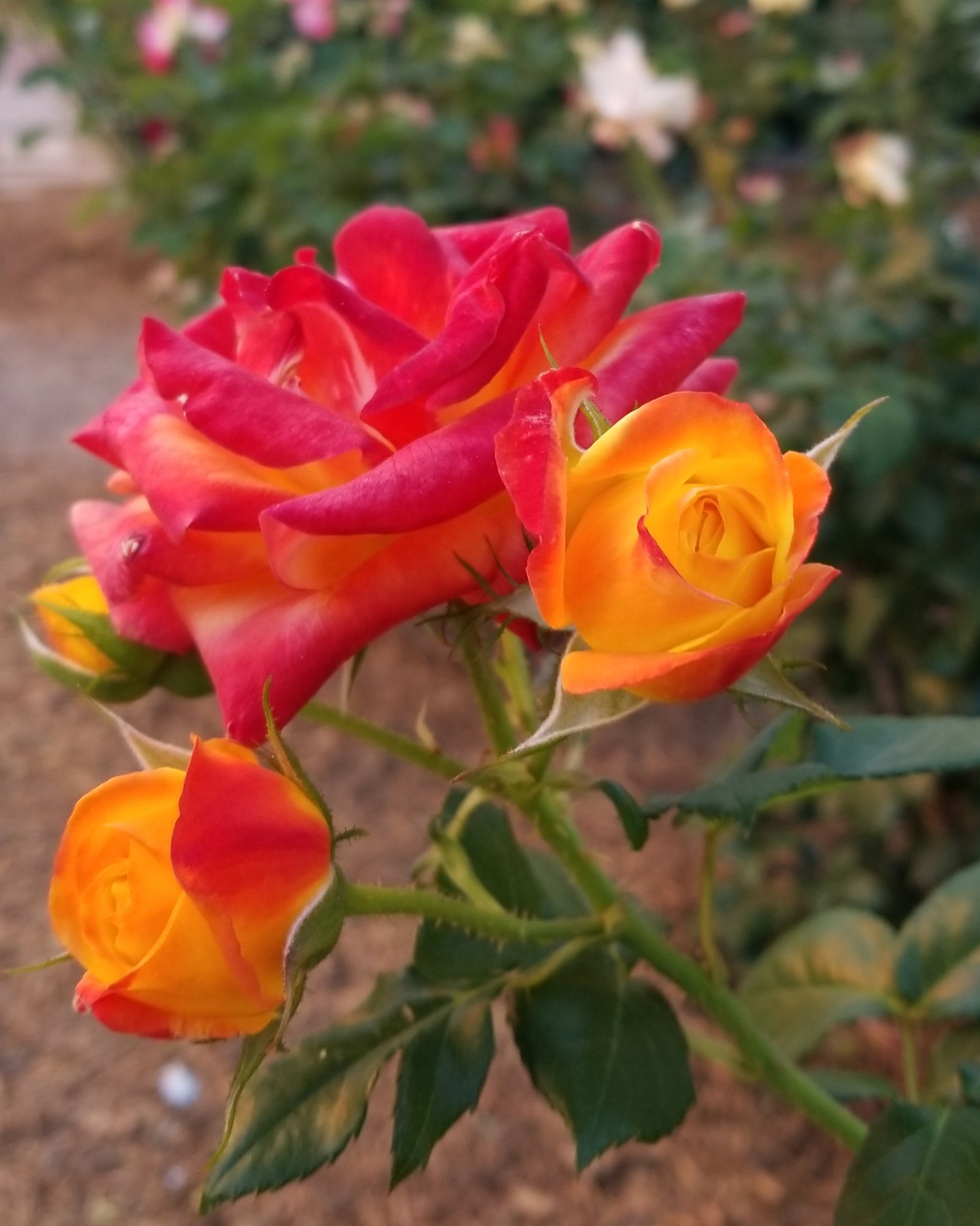 Long story short. I have a friend studying in Japan. So I thought that, who knows, maybe instead of unnecessarily spending some money on hotel or spending the night layover in the airport, I could stay at their house instead. (Yes, I use “their” because I love genderless pronoun 😌🤗✌). And yeah, I know I’m shameless for having such thoughts. Stingy and shameless 🙊🙈😅 But they themselves told me that I would be welcome and guided if I went to Japan. I took it seriously! 😝

So in my head, I thought it would be good for me to contact them about that. On Instagram. Because they were quite active story-ing on Instagram. But it had been days and I got no replies. I tried to be positive thinking that maybe they were busy with their study. Maybe they hadn’t seen my message yet. I was actually scared to find that they had read it but ignored it. It’s one of my biggest fears in life. But, well, I’m human, ok? It’s been days and I didn’t get any replies yet. I started to have this negative thought: “So what they said was just lip-service. They don’t really want to welcome me or guide me if I go to Japan.” It was upsetting. It led to another mean thought: “Well, instead of ignoring my message, they could’ve made some excuses, that they were busy with study, that the landlord wouldn’t allow the guest to stay overnight, etc., which I will understand.” So I was mad, and sad. And somehow I saw them on Instagram story, and I couldn’t stand it anymore. I checked my inbox and tried to see the message that I sent them to see if they haven’t seen it or not. It wasn’t there. I didn’t send the message I thought I had sent! But I could not accept that. I was pretty sure that I had sent it. So I check another message to see if, maybe, the message that we sent could be deleted by the receiver. I tried to delete the message that I received but there was no such option; i.e. I could only copy text or report, but not delete, so there was no way my friend would have deleted my message. In short, it was my fault. I hadn’t sent them any message in the first place. And all this while, I’ve had bad thoughts about them! How mean, right?! I felt guilty. 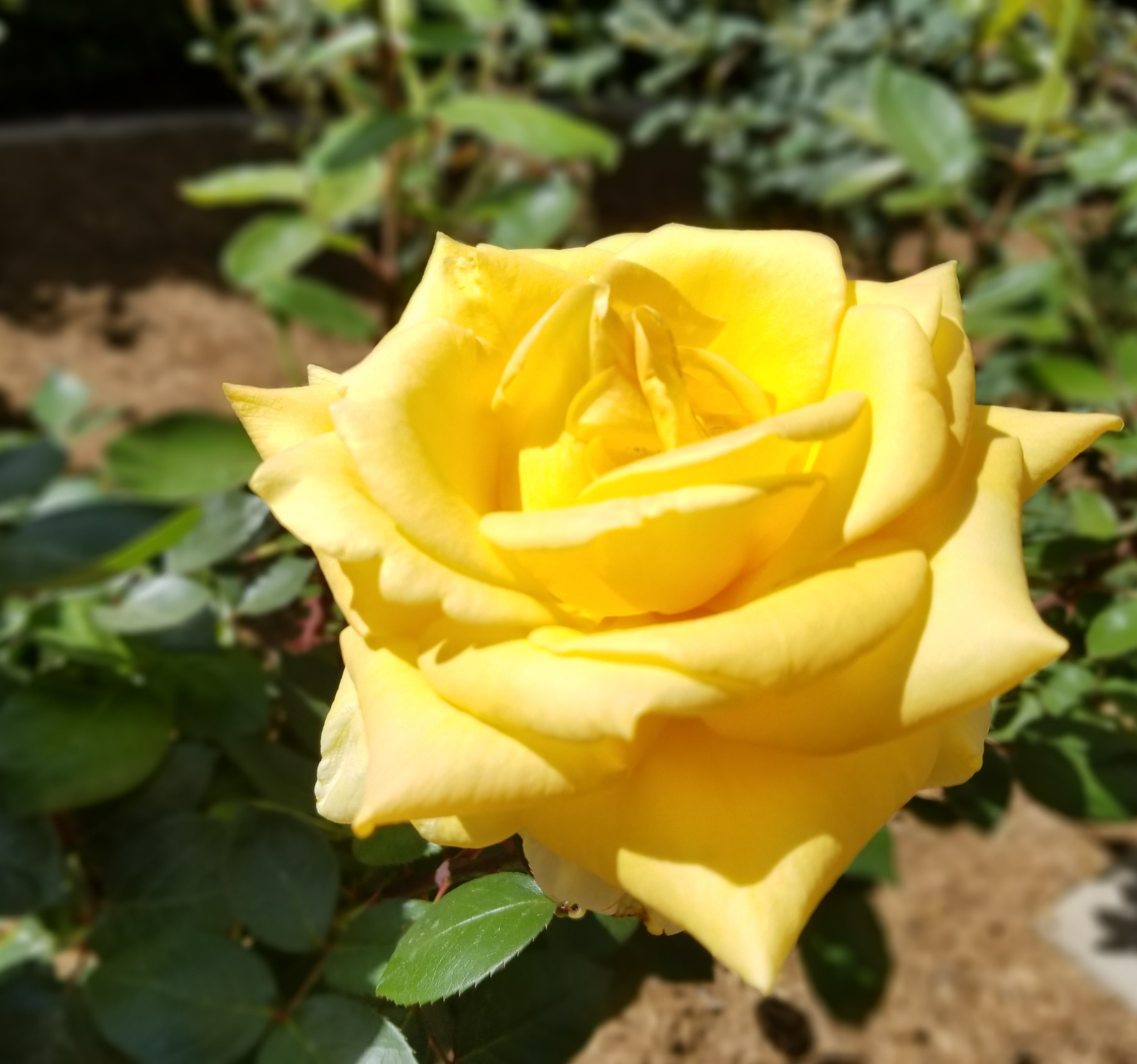 Well, my religion has taught me to think good/positive (we call it “khusnudzon”), and forbids us to have negative prejudice (not sure if there is any positive prejudice, but having such negative prejudice is called “su’udzon”). Well, by having such thoughts, i.e. that my friend’s words were just lip-service, that they ignored my message, etc. I was doing just that, “su’udzon”, having prejudice, having bad thought, while my friend was actually innocent. I felt guilty, I felt bad. It was burdensome. Nobody knew about what I thought, but I did know about it, so, well, it wasn’t easy for me.

However-or rather, therefore-, I decided to contact them via Whatsapp. I told the story, about my conference, about my having bad thoughts about them, and apologized. My friend was so kind they just smiled and laughed. But it was so liberating. Apologizing is. Saying sorry is. It feels like the burden is all lifted off my shoulders. And at this point, I realize that apologizing is not about being forgiven or not. It’s about liberating ourselves from the heavy burden of guilt. When we apologize or say sorry, there’s no guarantee that we’ll be forgiven. But by admitting our faults and apologizing, it makes the burden lighter. Well, at least for me. 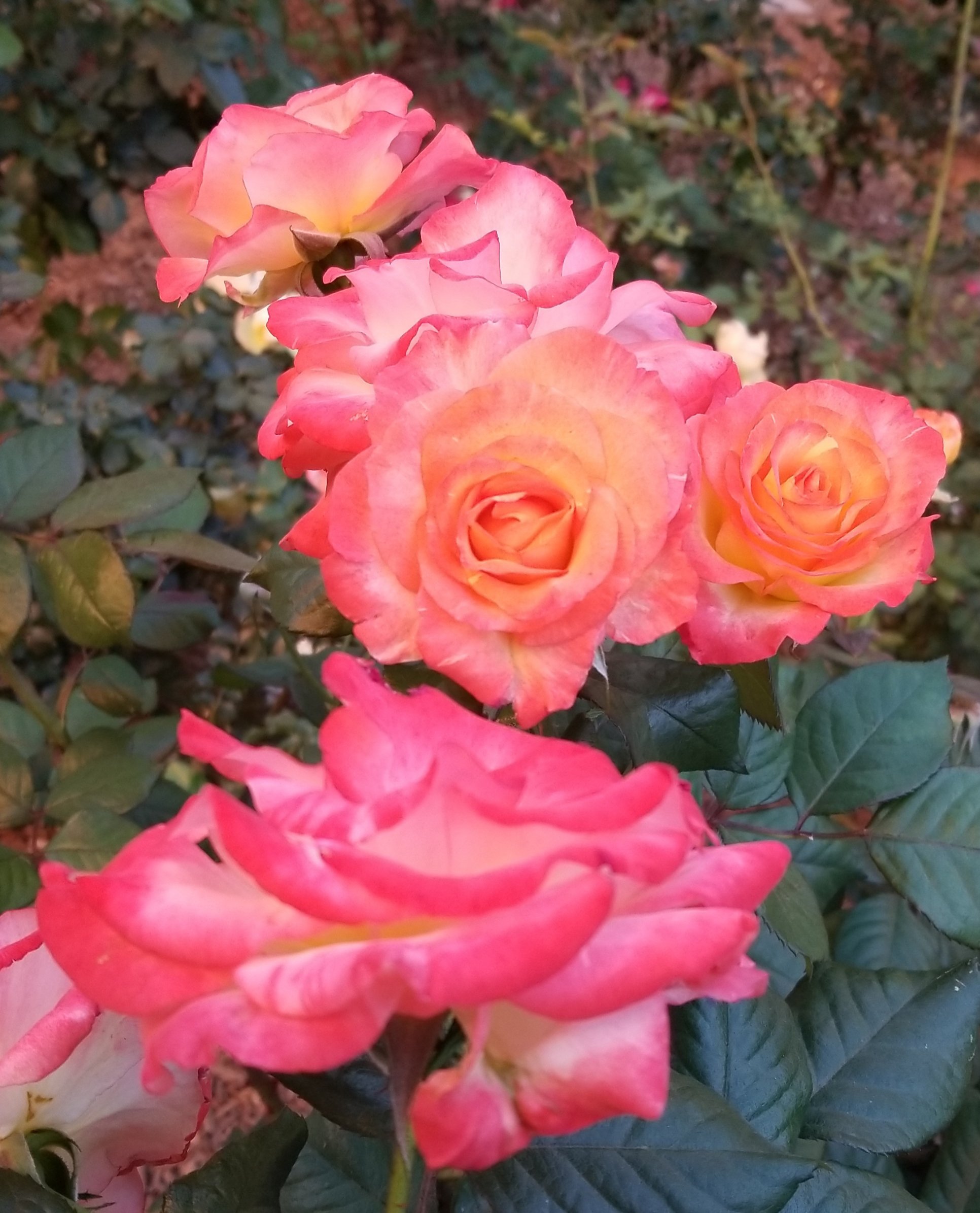 I know that some of us are too prideful to admit that we’re wrong, to acknowledge our faults, and to say sorry. Some of us are even so defensive that when we apologize but aren’t forgiven we tend to blame the other person for not forgiving us. I understand all of this. Some of us are also worried that, if we admit our fault and apologize, we won’t be forgiven or that it will damage the good relationship with the people we cherish, the ones we seek forgiveness from. Thus, we decide to keep it, push it aside, and not apologize. But, well, the guilt is still there, unless we apologize. Well, even after we apologize, the guilt can still be there, especially when not forgiven, but well, believe me, it will get lighter 🙂

I practiced this before even though I didn’t really realize it.

So, there was this friend of mine. Somebody told me that they were jealous of me for getting scholarship to the US. That kind of negative jealousy or envy, if you know what I mean. Well, I didn’t let it get to me of course. I mean, that somebody could be wrong, too. So I tried to be good to them. But I knew I was having this negative reaction. Like, when they said something, I would perceive it as something cynical, well, because I thought they were jealous. I even told myself, “Well, they did that because they couldn’t get the scholarship like I could.” Well, that was mean, but it was a kind of self-consoling mechanism of mine. I didn’t want to feel inferior. I didn’t mean to make them feel bad, so I refused to take any faults in that. It’s not my fault that they were jealous or feeling inferior. I was trying to make myself feel better by having such defensive thoughts. But at the same I knew it was mean. It was bad. So I felt guilty. Guilty but defensive. Not sure if I explained it well, but I hope you got the picture. 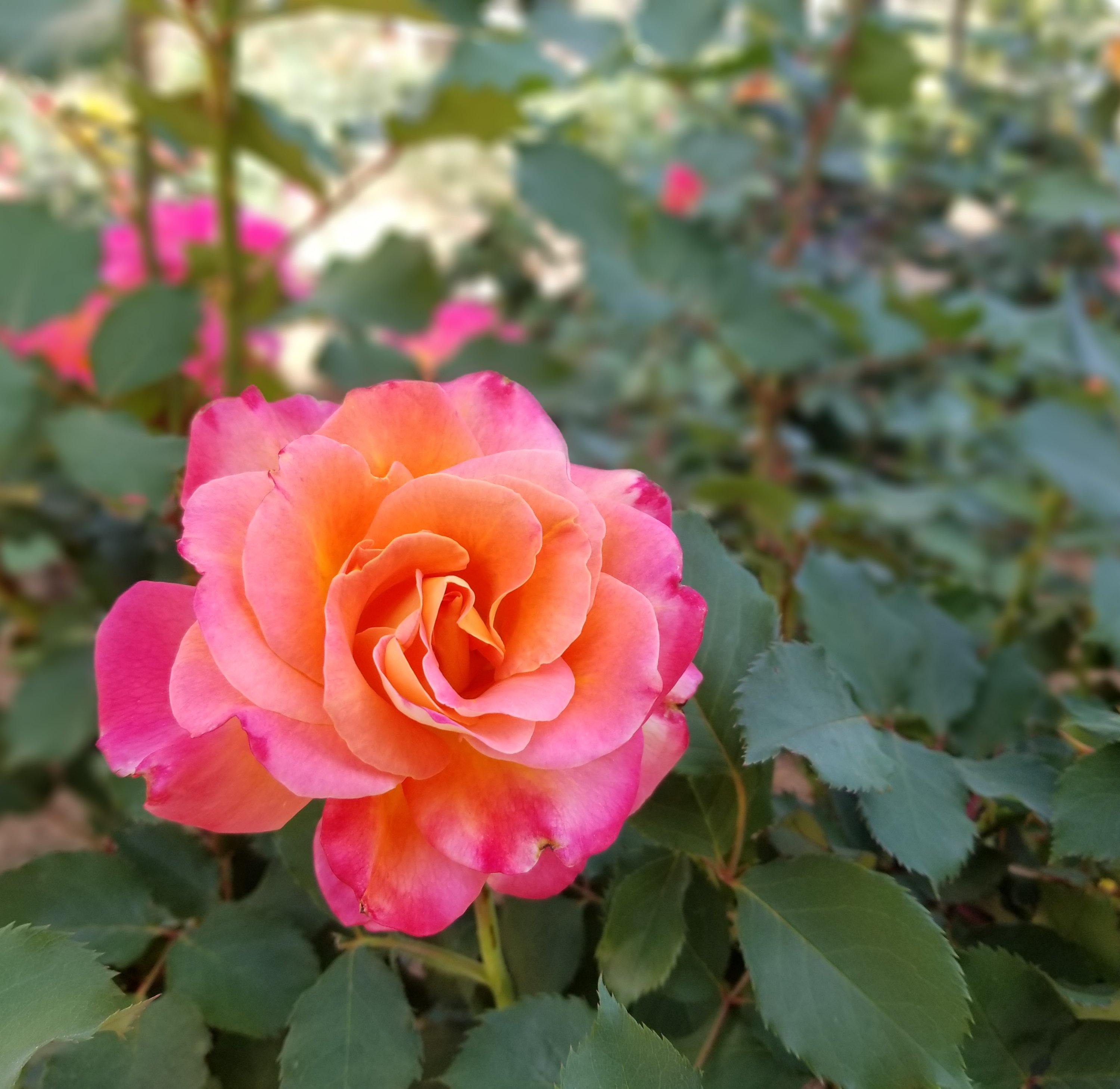 Long story short, I became quite close with this friend who I thought had been jealous of me. They were very very kind and nice, which made me feel guilty even more. But at the beginning I was worried that they would hate me if they knew I had had such thoughts about them before, so I let it be. I was still feeling guilty, though. And then, somehow, I was sure that they would forgive me, so I told them all about that. I didn’t rat out that somebody who had told me about their being jealous of me for getting the scholarship of course; I didn’t want it to be a problem between them. After all, it might have been my own fault for interpreting things negatively, for having bad thought. Thus, I apologized. And you knew what? They told me that they were never jealous of me, that they were happy that I got the scholarship, that somehow it motivated and inspired them. All was clear. I felt so relieved. I should’ve apologized much earlier.

Well, I know some of you might think I take things way too seriously. I understand. Sometimes I think so, too. But I can’t help it; guilt is not a nice feeling for me. Apologizing is one of my ways to liberate myself from such burden. And, well, I’m not saying that we can keep making (more) mistakes because at the end we can apologize anyway, no. If you know how bad it is to feel guilty, you’ll try your best to avoid it, to not make any mistakes at the first place. But if you couldn’t help it or if the deed has already been done and somehow you feel guilty and burdened by that, maybe you can try to apologize and say sorry. Again, there is no guarantee that you will be forgiven. It might get worse as well, but who knows that somehow you’ll feel more at ease, relieved, and lighter afterwards, well, because apologizing can be self-liberating. Best of luck! 🙂